John Oliver has a message for all of Ottawa’s cheaters!

By now you’ve probably heard that the site Ashley Madison was hacked last week, exposing it’s millions of members to the threat of, well, being exposed.

You see, Ashley Madison is a website intended for people who like to cheat…on their spouses. Nice, eh? Well now the tables have turned and hackers have gathered all the names of the people who’ve signed up for the service. If I was them, I would be terrified. But I’m not, so I’m standing by gleefully, praying that the names are released.

But I’m not the only one have a good laugh over this whole situation, last night’s Last Week Tonight with John Oliver aimed their satirical pens directly at both Ashley Madison and the city of Ottawa, which the hackers revealed had more than 180,000 people who had signed up. That’s 1 in 5!

Check out the hilarious clip. Also, if you’re not watching John Oliver’s show, I’d argue that it’s probably the best show on TV. It’s pretty much the only reason we have HBO right now and I’d say it’s well worth the $18 a month! 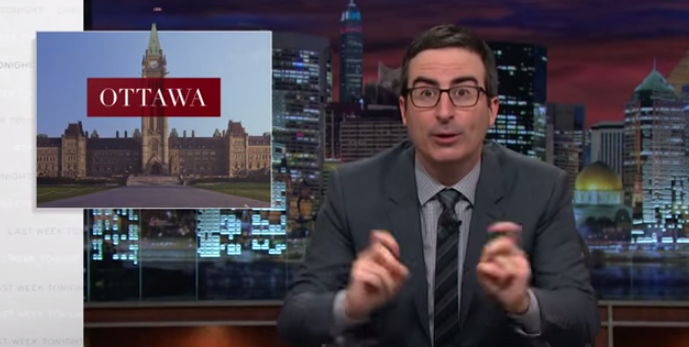