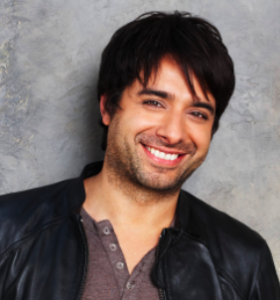 First it was Moxy Fruvous, then it was The Q and now Jian Ghomeshi is continueing to grow his Canadian media empire with the announcement of his first book!

The book is a literary memoir based on a 14-year-oldâ€™s desire to be David Bowie. Set in one year of his life, and to the confusion and alarm of his Iranian parents, Ghomeshi tries to transform himself into a New Waver, determined to be the perfect guy to win the heart of an older woman â€” 16-year-old Wendy, the girl he considers to be the female Bowie of Thornhill, Ontario.

At this point in time, it doesnâ€™t look like he mentions the one time we quickly met at the Junos, but Iâ€™m sure itâ€™s just a first draft. I mean, he wouldnâ€™t name a book after the year I was born, if he wasnâ€™t going to mention it, right?

The book will take an interesting method in unraveling, 1982 will have loose chronological narrative structured around twelve songs and symbolic moments from the fall of 1981 to the summer of 1983, including The Clash and Michael Jackson