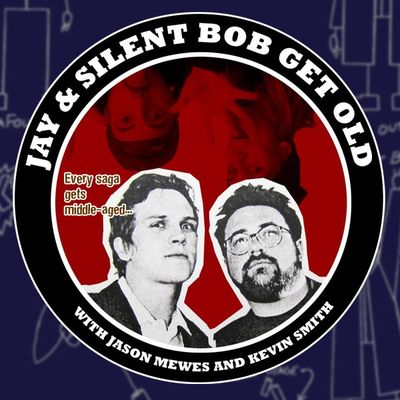 Movie buffs, grab your collections, because two of the coolest guys in cinema are heading out on tour! Acclaimed actor and director Kevin Smith joins his long-time friend and on-screen sidekick Jason Mewes across Western Canada for five exclusive engagements in Jay and Silent Bob Get Old. The duo will bring their famous comedic banter live to Vancouver (December 7), Edmonton (December 8), Calgary (December 9), Saskatoon (December 10) and Winnipeg (December 11).

If youâ€™re fans of Mewes and Smith, Itâ€™s not like I need to tell you just how many fantastic movies these two have worked together on. Making their debut in Clerks, the first movie written and directed by Smith, they have since built a huge cult following starring in Mallrats, Chasing Amy, Dogma and, Jay and Silent Bob Strike Back.

Am I the only one who loves seeing how much Kevin Smith loves our country? I had a chance to check out his screening of Red State a few months ago and it was packed with fans who paid a pretty penny just to be close to their favourite director. Smith was appreciative, funny and sincere. And no, Iâ€™m not just saying that because he loves Degrassi, almost as much I as do. I said almost.

Jay and Silent Bob Get Old