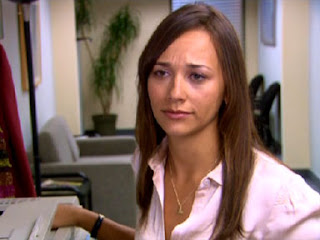 I hate my part time job!
Well no, actually I love it because of the discounts on hotels and stuff, but tonight I hate it because it is making me miss the first night of November Sweeps. In case you didn’t know, sweeps is one of the biggest times of the year for TV networks. This is when they pull out all the stops (guest stars, deaths, cliffhangers, supersized episodes). The reason the networks do this is because at the end of the month they tabulate all the ratings that have hopefully been bolstered by all their stunts and give them the advertisers to figure how much they should be charging for Ads.
It’s all very complicated, but what it really means is that for the next 30 days it will be wonderful television, oh and did I mention no repeats!!! Sweet.
Sweeps starts tonight and you can totally tell on The Office. They are going all out by bringing back Rashida Jones (Karen) who was last seen getting dumped by Jim and leaving town in the season premiere. Fun fact: Did know you know that she is Quincy Jones’ daughter?!? Who knew? Anyway the episode is also directed by one Joss Whedon!!! That’s right the creator of Buffy, Angel and Firefly. This is second episode he directed, the first was last seasons when Jim freaked out Dwight by slowly turning into a vampire.
Also, don’t forget that Grey’s Anatomy is extra long tonight. You wouldn’t know it but you can tell if you watch the promo. The guys says “it’s so big it won’t fit into an hour”, this probably means an extra 5 mintues. Just enough for you to be less inclined to switch the channel.