I’ve been writing Mike’s Bloggity Blog for more than seven years and since it’s been primarily about Canadian entertainment, I’d like to think that I’ve seen every kind of show that there is. To the amazingly awesome to the pretty terrible.Â  But since I’ve always had the philosophy to stay away from the pretty terrible, you probably haven’t seen how much bad TV really drives me crazy.

I just finished watching what I’m officially deeming the worst show on Canadian television.Â  I say specifically Canadian, because, without having seen every show in world,Â  I can’t possibly say it’s the worst show in the world. But do you remember that one season of World Idol, when every country sent one winner from their respective Idol shows to compete against each other?Â  Canada sent Ryan Malcolm to take on Kelly Clarkson. Well, this show is our Ryan Malcolm.

The show I’m talking about is called Live Here Buy This!Â  At first, it’s disguised as many other shows on HGTV.Â  It’s about every day people wanting to live somewhere else in the world and pretty-enough hosts helping them find a place to set up their new live.Â  The problem is, these families aren’t actually moving.Â Â  You see, on show’s like House Hunters Internationals, realtors help families that are moving to specific cities, whether it’s because they are being transferred for or have just decided to move, either way, the show follows couples that actually live in the cities.Â  But not Live Here Buy This. Nope, these families aren’t moving, you’re essentially watching a family play on MLS. 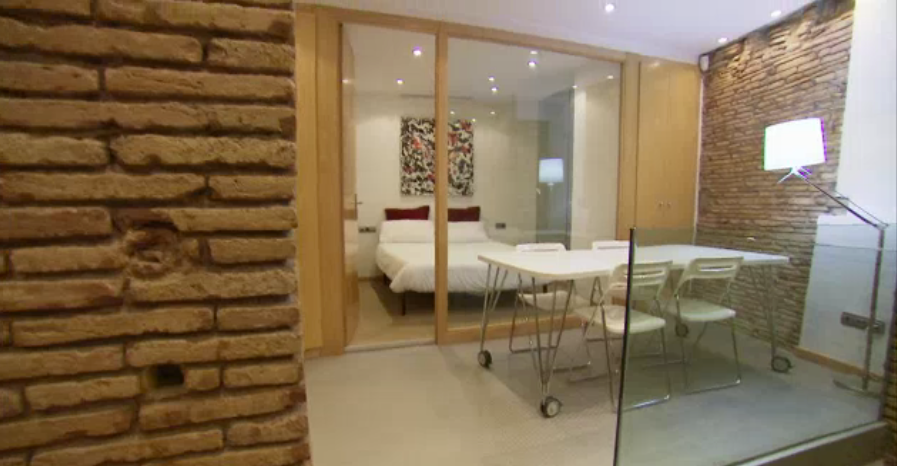 Live Here Buy This is about families, generally in the Ontario-region, who want to know what the value of their house in Canada can buy them elsewhere.Â  The episode that I forced myself to watch, likely out of morbid curiosity, was about a family of four that owned a home in the Toronto-suburbs worth $650,000.Â  The show, in their own words, “tantalizes” home owners with what $650,000 could buy them in another country. In this case, the family wanted to know what they could buy in Italy, Spain and Hawaii.Â  Why those three countries?Â  Who the hell knows!Â  The couple actually had no intention of moving, they both had jobs that kept them in Toronto, nor do their families live any where any of those locations.

The show’s narrator informs us that the family is looking for a home with more space, in an area with more culture, room for their kids to grow.Â  So, I’m sorry, you have to move to Spain to get that?Â  Why not just move out of the suburbs? Wouldn’t that be slightly easier than packing up your entire life and moving across the world, where you’ll never see you families again?

On top of the fact that the couple actually doesn’t have any intentions of moving, the show completely ignores that fact they probably couldn’t move, even if they wanted to.Â  You see, there’s a thing called immigration laws and Spain, Italy and the US have some of the world’s toughest, but Live Here Buy This completely ignores this and I don’t know, assumes that the families will just figure it out. It’s ridiculous. A good show would be about a family that decides to move to a country and follows their trials and tribulations as they sell their house, struggle to find jobs, get the proper documents and find schools for their kids.

At the end of show, after the couple has been shown six houses by video, (they don’t even get to see them in person) they decide which one they’d buy…if they could.Â  And then NOTHING HAPPENS. Well, something does happen, the credits start rolling and if you wait long enough for it, you’ll see that the show is actually partially funded by the Government of Ontario.Â  Yes, you read that right. Can someone tell me why someone who dolls out the cash at the Ontario Government would think that helping to produce an actually useless show about why people want to leave Canada was a really good idea?Â  The next episode I watched, featured a family that randomly wanted to live in New Zealand, Ecuador or the Dominican Republic, because, they wanted to be around nicer people.Â  This family was from Ottawa and thought they had to live in New Zealand to be near nicer people. WHAT!?!

Okay, sorry. I’m know I’m getting surprisingly worked up. My palms are actually sweating as a type this. But guys, this show was actually and literally about nothing.Â  I don’t know for sure, but I’m going to guess that there are lots of great ideas our there for TV shows and they’ll likely never see the light of day.Â  So HGTV, I’m begging you, pleading with you really, you’re better than Live Here By This.Â  You’re actually a lot better. (Bryan Baeumler can do no wrong.)Â  But maybe your boss’ daughter produced this show or maybe you have it on air as a favour to the Dominican Republic mob, but I’m here today to declare one thing and one thing only, it is officially the worst show on Canadian TV.

I’m not telling you when this show airs.Â  You’re welcome.