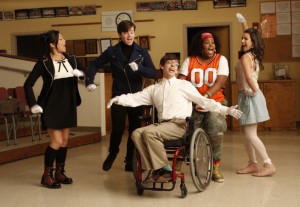 Okay so we don’t have a Canadian Amazing Race or Northern Survivor, but would you accept an all Canuck-version of Glee….eh?

Canwest Broadcasting announced on Monday it will develop and broadcast an all-new original production, Canada Sings! The reality series is sorta like The Office: The Musical and will explore workplaces nationwide (which really means just outside of Toronto) encouraging glee clubs to come together and perform in competition.

The show will premiere on Global in early 2011.

Complete details for Canada Sings! including the show host and judging panel will be announced closer to broadcast.

But for now, pull out your Journey cassette tapes and start practicing!