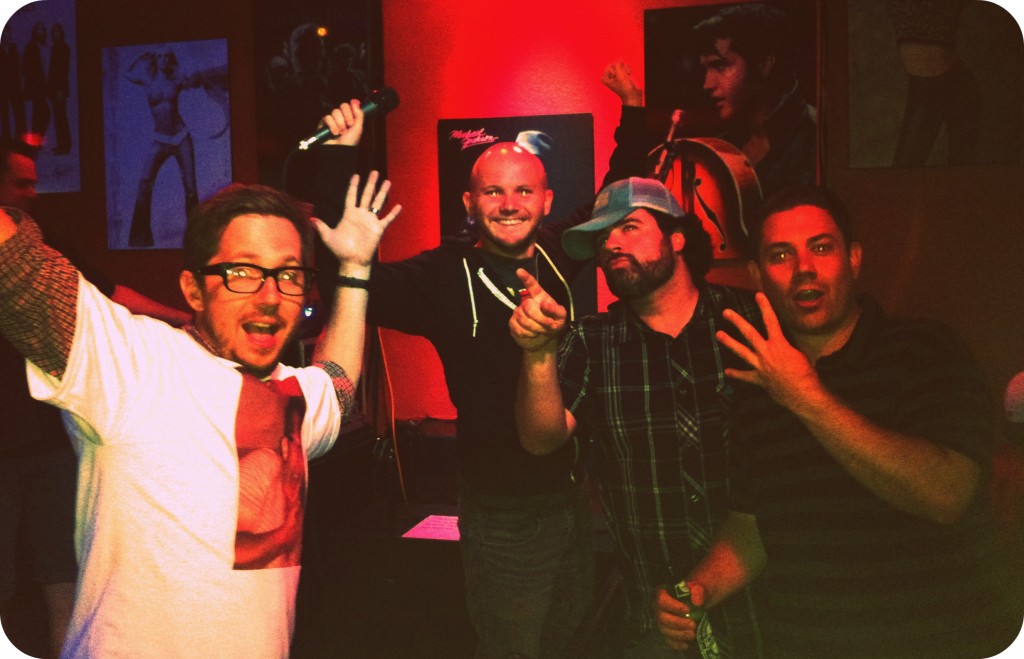 In a world with channels dedicated to almost every demographic, the CRTC has made sure that everyone is now represented.  The Canadian Radio-Television and Telecommunications Commission has gone ahead approved an all-karaoke channel.

Simplly called The Karaoke Channel, it will feature both English and French songs playing in rotation,  24 hours a day, paired with the lyrics so viewers can sing-along.  The move ensures that people who love karaoke never leave their house again.  This is good news for people like me, who like to go once a year to sing Robbie Williams Rock DJ (see above photo), because I won’t have to wait hours in line anymore, but I’m concerned for those addicted to the Japanese phenomenom because going out to karaoke bars was probably these peoples only social interaction.

The Karaoke Channel will launch in 2012.