It is time to Polaris! 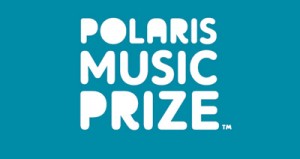 Today is like Christmas day for Canadian music lovers because today is the day that the long list for the Polaris Music Prize is announced!

Don’t know what the Polaris Music Prize is?

Since only Â launching in 2006, the contest has become the biggest and best spotlight for Canadian music.

The prize’s past winners include: Â Fucked Up, Caribou, Patrick Watson and Final Fantasy.

Along with having the honor of being named the Best Album of 2010, this year’s winner will also take home $20,000.

The Long List will be announced today, then the 40 artists will be cut down to 10 on July 6th. Â Then the jury has over two months to make their final decision when the results are announced on September 20th.

Click to here to find out all about the Polaris Music Prize. I promise you’ll feel like a better canadian!