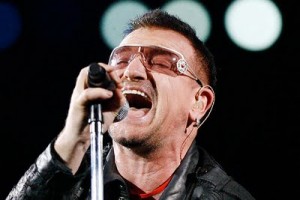 UPDATE: According to New 95.7 in Halifax, U2 will play Moncton’s Magnetic Hill on July 30. Tickets on sale February 8.

Original post:
So is the world’s biggest band headed to one of this country’s smallest provinces?Â  If you are believe CBC than yes, yes they are. The network published a story today saying that sources have confirmed to them that Bono will indeed be playing Moncton, NB sometime this summer!

Magnetic Hill has played home to some amazing concerts in the past few years including AC/DC, The Rolling Stones and Tim McGraw.Â  It’s estimated that some 78,000 people went to the Rolling Stones concert a few years ago.Â  I was actually living in NB at the time and couldn’t make it because I was waiting tables at The Lobster Hut….The Lobster Hut.

Organizers of the possible U2 event aren’t saying much but hotels are already being booked up by fans as a “just in case.”

I wasn’t planning on making a trip home this summer but if there is even a 1% chance that I can introduce Bono to a McLobster, then book me on the next flight.

Fan can expect the official announcement by Monday!

BONUS: It just occured to me that so much of Canada has never heard of Magnetic Hill.Â  While it’s now more famous for it’s concerts, it also has an attraction that has blown my mind ever since I was a kid.Â  Check it out in the video below: