Is this a good thing?

So last week, I was having a bad Monday and I needed to have a drink. Â My friend said, “I have some wine, because I’m watching The Bachelor, do you wanna come over?” I was already in the car by the time she said wine, so I didn’t hear the Bachelor part.

Within minutes of opening the box of wine, I realized my mistake that in return for the grapey goodness, I would have to watch the ridiculous dating show. Once the fermented grapes fully kicked in, it became instantly more enjoyable and I started tweeting. Â The show was still terrible, but I thought my tweets were hilarious. 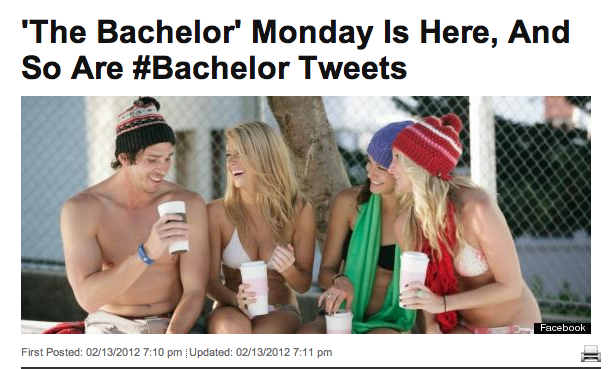 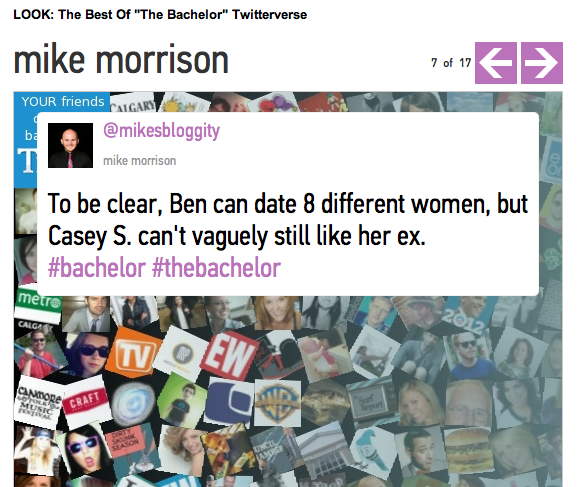 Yup, I was named one ofÂ The Best Of “The Bachelor” Twitterverse. Â (I’ve already inquired on how to return myÂ ValedictorianÂ award to my university.)

Huffington Post! Â You are going to ruin my reputation! Â I was doing it to be funny and now people are going to think I really watched the show. Â Further more, I’m addicted to attention, so I’m going to have to try to out Tweet myself this week, meaning that yes, I’ll be turning in.

I think this is how sex tapes start.