Oprah is on tour.

No, she doesn’t have a rock album to promote, she’s going on tour to do what she does best: talk. The owner of the OWN network is on a mini tour of Western Canada, with stops in Edmonton last night, tonight in Calgary and tomorrow night in Vancouver. The mini-tour is interesting, because she doesn’t really have anything specific to promote, although the timing of the shows coming just days after her interview with Lance Armstrong, couldn’t be more perfect. 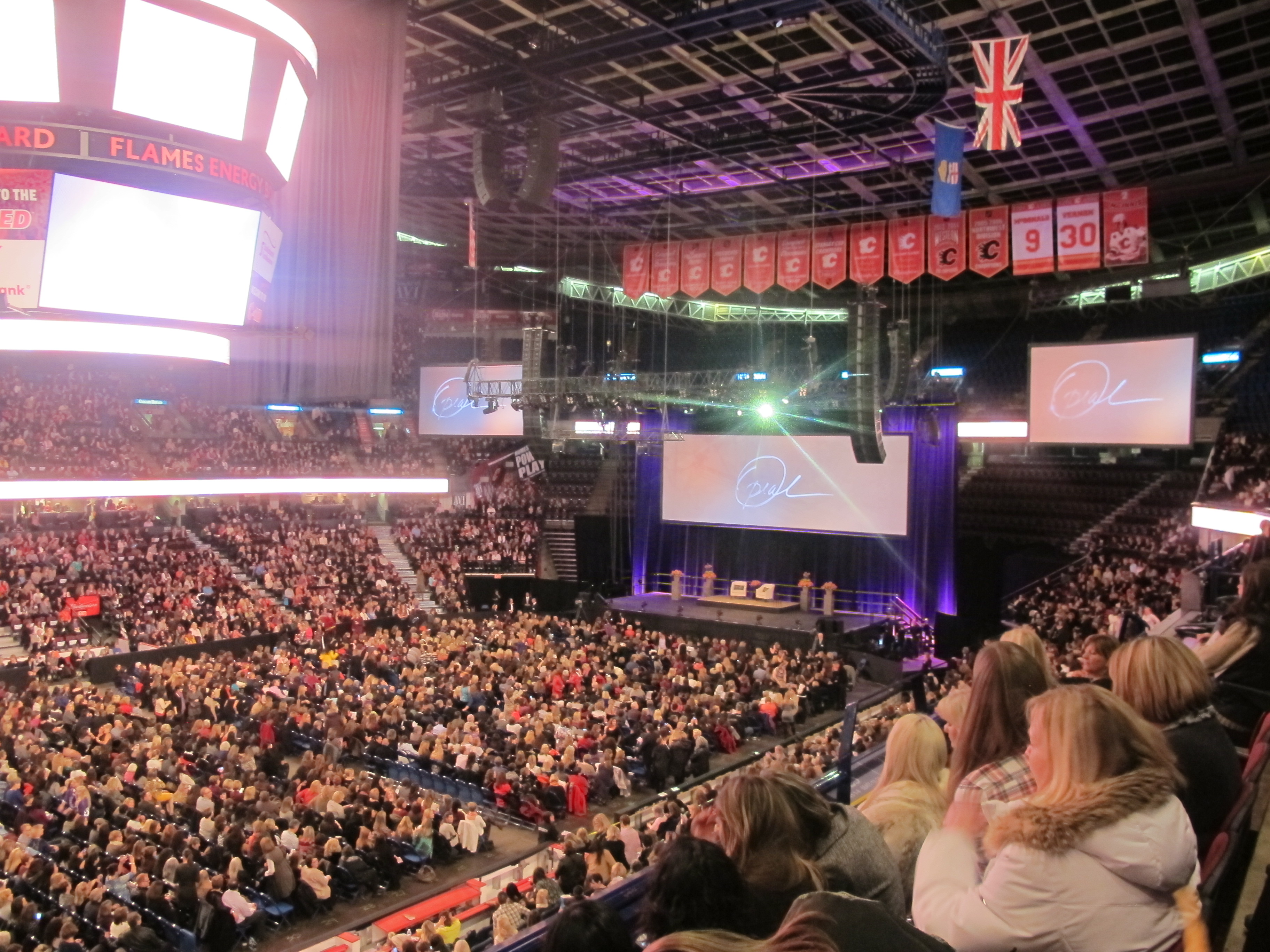 In the hours leading up to her show at the Saddledome, Twitter was a buzz with people who were either pro-Oprah and anti-Oprah and really, if you haven’t made your mind up yet, what the heck have you been doing for the past thirty years? Oprah isn’t meant to be for everyone. I can’t imagine why anyone would ever spend money to see Nickelback, yet they always have sold out tours. To each their own.

As always, I think you have take what Oprah says with a grain of salt. No one can speak for more than two hours and appeal to absolutely everyone , all of the time. But instead, I think she has lots of different messages, for lots of different people. Throughout the night, I would hear the women around me make approving sounds, signalling that the talk show host had said something that they’ve gone through. Which is impressive, because for the most part, Oprah hasn’t lived a normal life. Which, she somewhat happily acknowledges and pokes fun at. But what she has been able to do is listen to her fan base and at least try to relate with them. As she said tonight, most people just want to be acknowledged, which Oprah has always done best.

The question of is she worth it, well that’s more difficult to answer. Tickets ranched from $129 t0 $450, a lot of people seemed willing to pay, as the Saddledome was packed tonight. Oprah herself even acknowledged the cost of the show, saying something about being surprised how many had paid cause it wasn’t cheap. Many people said it was their dream to see Oprah, and how much value can you put on a dream? If you have to spend $25o for your dream to come true, that seems worth it to me. (Full disclosure, I was given tickets by the OWN Network and Corus.)

After her presentation, which I must say had the worst power point presentation that I’ve seen since high school, Oprah brought George Strombolopolous on the stage for the interview portion of the night. The questions were pretty much what you’d expect and Strombo was able to to show off some of his charm that has made him so popular in Canada. But it would have been great to have some audience questions answered, whether it was via Twitter or something, it would have made the show feel that much more personal.

In the end, I don’t think anyone that was there to see and experience Oprah went home disappointed. I mean how could you, you went to see Oprah. And there she was, the same funny, confident, wise and empowering women that her fans have always known and loved. For some, it might have even been priceless. 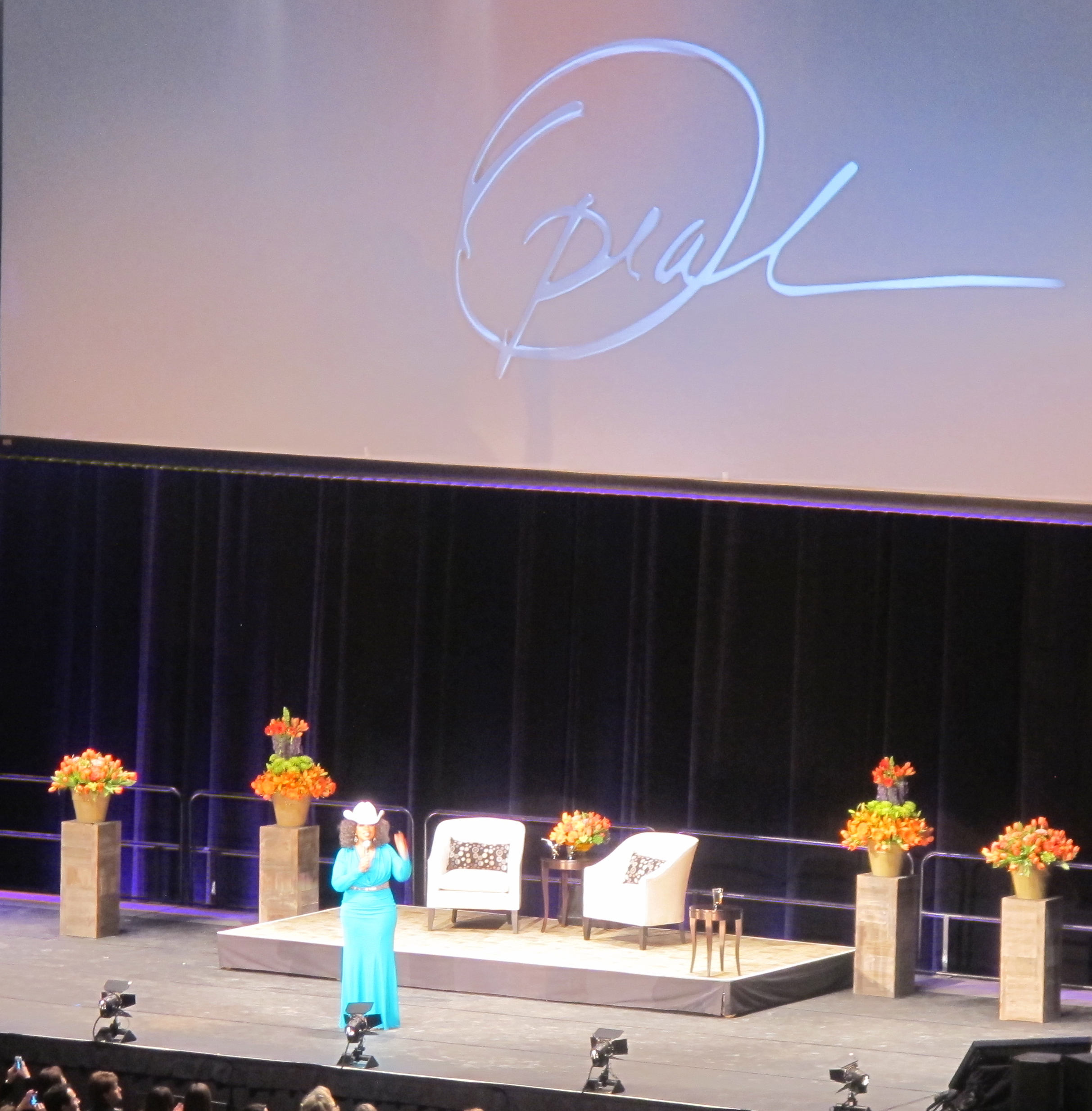 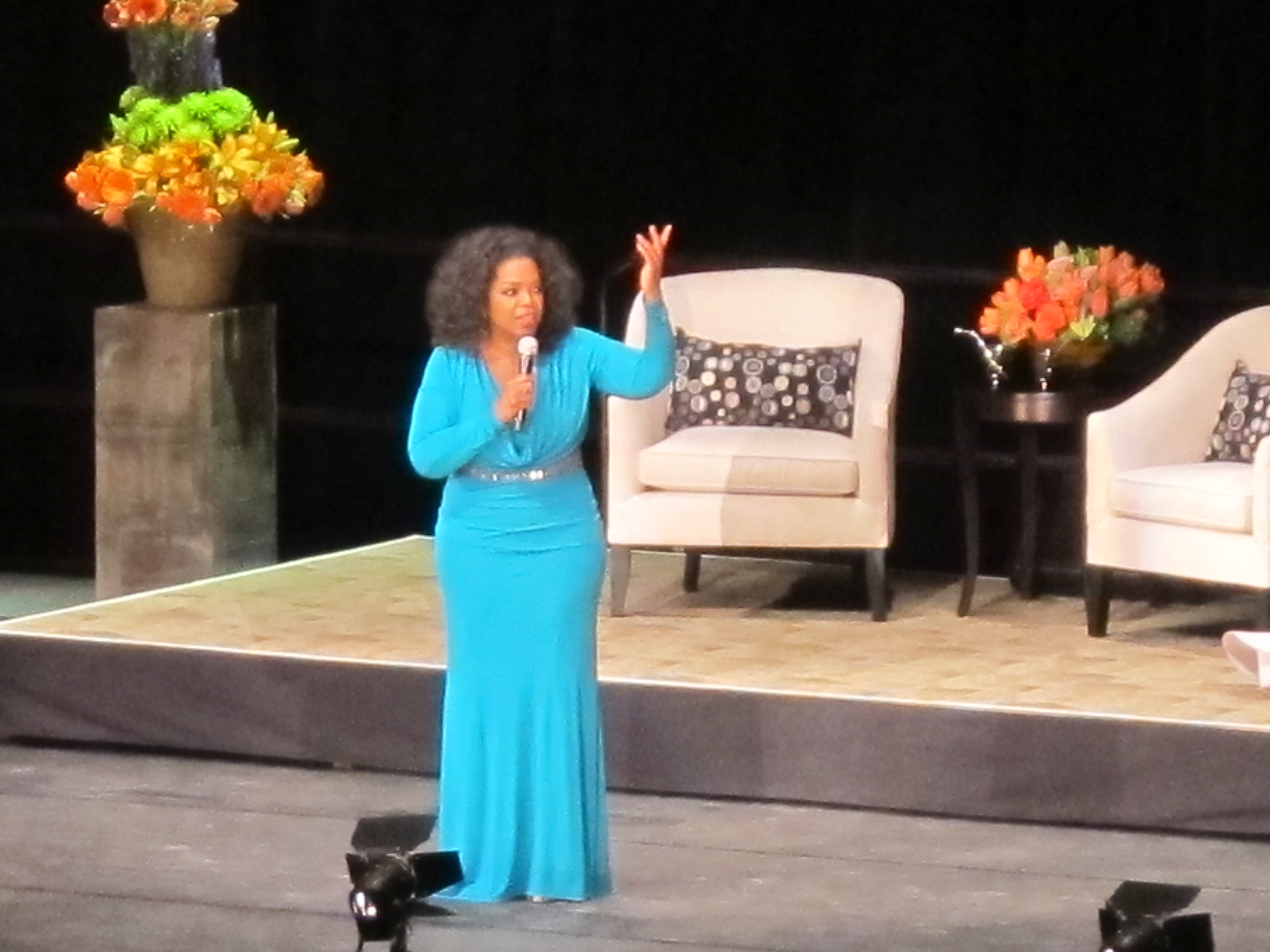 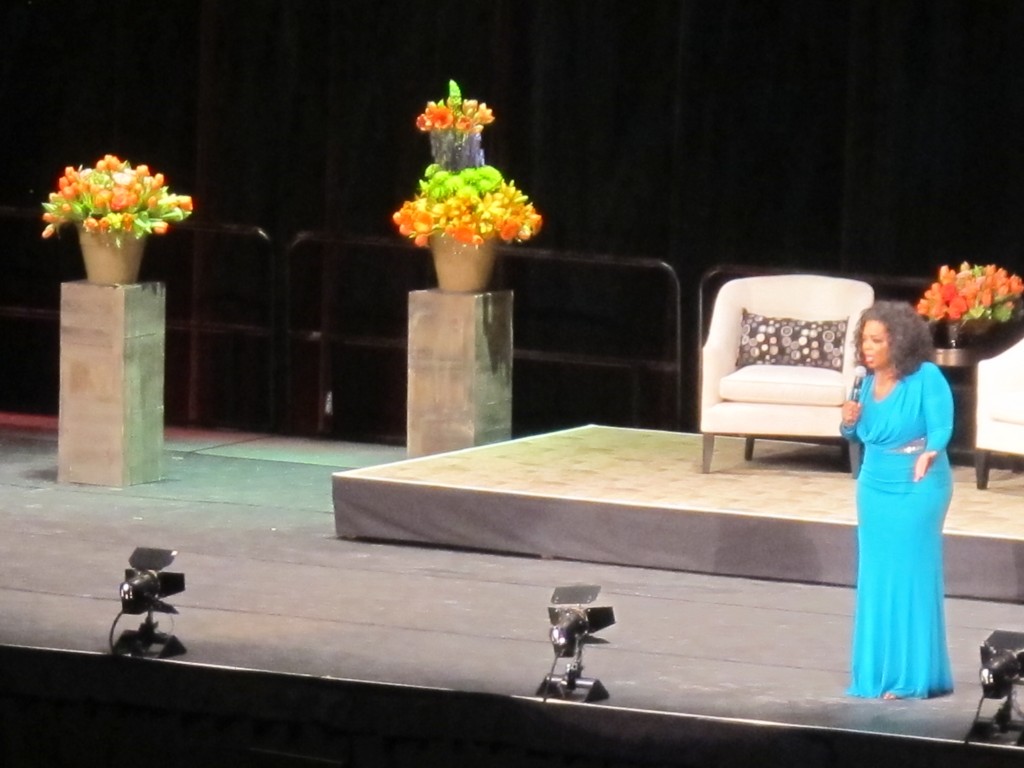