Is LOST finally coming back?

Idol fans will remember that as the day Jordin Sparks was crowned the winner of American Idol. Â While I would prefer if you would remember it as the last season finale of Lost! 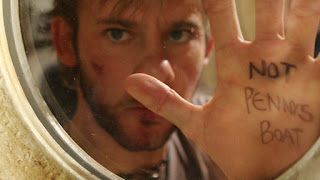 Come on you remember the finale? Â We lost Charlie, but not before finding out that Naomi’s boat isn’t Penenolope’s boat. Â Hurley saved the day, Rouseau found her daughter, Jack made contact with people that “might” be able to save them. Â Oh and we found out, thanks to a flash forward, that at least Jack and Kate make it off the island!!!
So what happens next? Â Well, don’t ask me, cause I have no freaking clue what is going on on the island, but the good news is is that it was announced Friday that we won’t have to wait long to find out. Â
That’s right, even though there is a writers strike, the Lost guys have filmed eight episodes and we are going to be able to watch them starting JANUARY 31st!!!! Yeah that’s right it’s a Thursday, it will now follow Grey’s Anatomy, which means I will be calling in sick on Fridays. (How am I supposed to sleep after all that!)
If you’ve never watched Lost before and feel like you are missing out, that is because you are. Â Lost is one of the most brilliant shows that have ever been on TV in the past 25 years (because I didn’t watch TV before I was born)!!
Many people have caught up on the mystifying show on DVD and you can too! Â There are only three seasons and you still have 6 weeks to get caught up. Â I mean really how much time do you want to spend with your family over the holidays? Â 2 or 3 hours max. Â
On top of theÂ announcementÂ that the show, which only have 3 seasons left to go, will be returning at the end of January, the producers also released a quick sneak peek Â at the season 4 and I’m pleased to bring it to you….right….now……