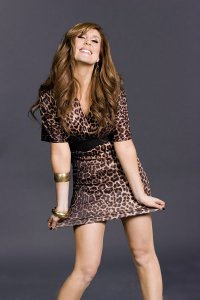 Okay no, Jessi Cruickshank isn’t dead but I can’t help but notice that the bosses at CTV are certainly acting like she is. How else do you explain tonight’s Jessi Cruickshank: MTV LIFE, a one-hour retrospective about the super popular host of The After Show.

Ignoring the fact that Jessi actually left MTV this past Summer, what’s really interesting about the special is that I can’t think of the last time someone leaving a job was so celebrated,Â  especially in the Canadian media world!Â  Did Kevin Newman get an hour long goodbye party complete with media screeners and press releases when he left Global? At most, someone might take out Lloyd Robertson for a farewell dinner but a whole TV special?

Something seems fishy about this whole thing. By now we all know that no one is better at promoting their talent than the CTV media machine (Ben Mulroney —> Canadian Idol, Leah Miller —> SYTYCDC), so even though Jessi has left her MTV address in Toronto for an “opportunity in the States”, don’t be surprised if she stays in the GlobeMedia family.

The show itself is ridicioulosuy entertaining and it highlights the insanity and bluntness of the all my future co-workers…I mean the MTV Hosts. It’s impossible not to chuckle, cringe or do both while re-living Cruickshank’s best and worst moments. If anything tonight’s special reminds how much it sucks that we lost her to the good ol’ USA.