Is Global trying to fail “The Glee Project” 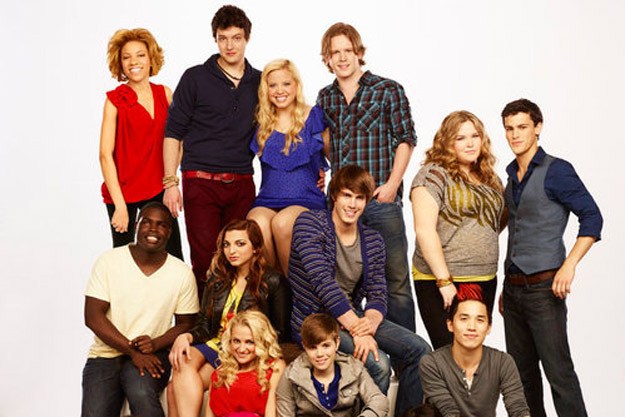 If you’re like me, then you’ve probably given up on Glee.Â  By given up, I mean that I still watch it, I’m just not pumped about it, like I once was.

One show that I am pumped about is Glee’s reality spinoff called The Glee Project.Â  The ADDICTIVE show premiered last summer and it was fantastic from the very first episode. The series eventually made stars out of Samuel Larsen and Damian McGinty, both of who now have regular roles on Glee.

The Glee Project is a fantastic show that aims to find the next cast member (members?) for Glee.Â  It’s basically like musical theatre camp turned into a reality show.Â  This season’s cast is packed with people who never be given a fair shot. There’s the blind guy, the girl in the wheelchair, a transgendered guy and other cast members of all shapes and sizes. Each week, the cast has to make a music video to a certain theme and they are helped along the way with the creators and cast of the real Glee. The reason why this show is so good is that you can picture almost every person winning this show and being on Glee, they are all just so good. It’s almost painful to watching knowing so many are going to go home empty handed. It’s the ultimate underdog story and it turns out Global is this show’s biggest bully.

The series aired on Oxygen in the USA and Slice here in Canada.Â  It was delayed by a week here in Canada, so it was super frustrating trying to avoid spoilers, especially when the winners were announced.

So you can imagine my excitement when Shaw Media announced that they’d be moving The Glee Project from Slice to Global for the second season, that started two weeks ago. Unfortunately, they scheduled the show with a one day delay from its original air date in the States.Â  Annoying, but not the end of the world.Â  One day is better than one week.Â  Too bad, that schedule didn’t stick.Â  For The Glee Project’s second episode, Global moved it to Friday.Â  Meaning that there is now a four day delay from when we can watch the show here in Canada. Four days?!Â  Global expects us to be able to avoid spoilers for four days?!Â  Uhhh…have they heard of Twitter? Thanks to Google’s domination,Â  even Googling The Glee Project ruined episode two for me.

Right now Global is airing the little seen or talked Canada Sings on Tuesday nights, which would be a perfect pairing with The Glee Project.Â  So why does Global want this show to fail?Â  Why would anyone go through the effort to wait an extra four days when they can likely find it online the day after it airs on Oxygen?Â  Plus, wouldn’t they want to keep their Glee brand strong?Â  It’s really one of few good spots on last year’s schedule.

Oh and in case you think I’m crazy for liking The Glee Project, here are some reviews from people who are way more credible than me.

“Joyful and insidery, the competition wholeheartedly embraces the freaks and geeks who made Glee a phenom to begin with.” -Entertainment Weekly
“The show is also refreshingly entertaining, even when it relies on familiar cliches of the singing-competition genre.” -The Washington Post
“Very few reality shows generate real suspense and sadness at the moment of elimination, but this one does.” -People

With summer pickings so slim, The Glee Project is likely the best reality show on TV. Let’s hope Global moves it, so can at least give it a try!

On a semi related note:Â  I’m obsessed with this shirt that appeared in last week’s episode. Anyone know where I can get it?