Is Ben the new Regis? Mulroney called back for a... 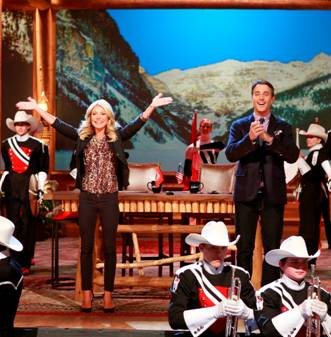 Well, I guess his first audition went pretty well. When ETalk host Ben Mulroney co-hosted Live with Kelly! a few weeks ago, it was a ratings success, scoring the best numbers of the week. And Michael Gelman and Kelly must have liked what they saw, because Mulroney has been asked to come back and co-host the popular show for a second time!

This time around, he’ll be live in studio with Kelly in New York City, in an episode that will air on Friday, May 4th! This is obviously a really great opportunity for Mulroney, since the show is still looking to fill the chair that was vacated when Regis left last year. I spoke with Ben minutes after he finished co-hosting the first time and he said that he was certainly open to new opportunities. You can re-watch that video below.

Sure we all give Ben a hard time, but wouldn’t it be cool if he was able to nail down the gig? It would certainly be a big boost to his career, something CTV would obviously be very, very happy with.