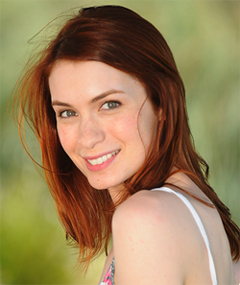 Sure Toronto has TIFF, but I’m starting to think that Alberta finally has something similar with the ever-growing Banff World Media Festival!Â  A cool mix of media, movies and television shows, has been bringing in bigger and bigger names each and every year.Â  Last year’s festival had Nigel Lythgoe, Ricky Gervais, William Shatner and Eric McCormack.

Even though Banff 2011Â  is still months away, they’ve already announced a really good line up that hasÂ  the media-geek in me really, really excited! Comedian Howie Mandell, Web superstar Felicia Day,Â  20th Century Fox Chairmen Dana Walden & Gary Newman, Funny or Die’s Mark Farah are all lined up and I’m guessing there will be some huge announcements in the coming week.

On top of some amazing speakers, the festival also plays home to the World Television Awards and gives audiences an unprecedented access to some of the top minds in Hollywood.

This will be my third time going to the festival and I’m always so fascinated by the people who don’t go.Â  If you are working (or looking to work) in online media, television or film, then can you just trust me when I say that you should come to the festival?Â  And for god sake’s, please bring business cards!

Can it please June now?!