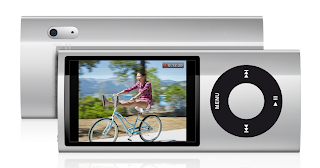 I’ve always said that the one thing that the Zune had over the Ipod was the fact that it had a FM Radio in it.

Well Steve Jobs obviously reads Mike’s Bloggity Blog, because he just announced that the next generation of Ipod Nano’s will have the FM Tuner built right in.
Other announcements today include: