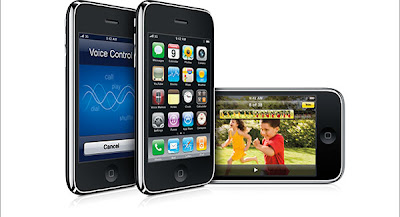 Who doesn’t love a little competition?

Telus just announced that they will be launching the Iphone on November 5th!
You’ll be able to pick up the 16GB Iphone for $199 and 32GB 3GS for $299!
Since I have literally been fighting with Rogers for six months for a phone that gets more than one bar of reception, I literally couldn’t be more excited for Telus and Bell to join the battle of The Iphones!