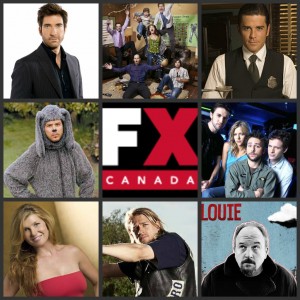 The station will feature a ton of shows that FX is known for including It’s Always Sunny in Philadelphia, Sons of Anarchy, Wilfred, Louie, Justified, The League and most importantly American Horror Story.

The mysterious show has been all the buzz in the States and has already been airing for a few weeks down there, and after a waiting patiently, like good Canadians, we’ll finally get our hands on the show created by Ryan Murphy and that stars Connie Britton and Dylan McDermott.Â  It will hard to top Revenge, but this may very well be my favourite new show of the season.

Ironically, FX Canada’s Canadian content is still a little lacking and for now, will feature the regular Rogers fare including Reviews on The Run, Murdoch Mysteries, Departures and The Electric Playground.Â  I’m sure there will be more shows once the network is up and running.

But then again, who cares, it’s all about American Horror Story!

Welcome to Canada FX, I think you’ll like it here.

For more information about FX Canada, just visit their site.