Interview with Big Brother Canada’s Arisa Cox: “I was like...

Hosting the first season of a show is always tough. Hosting a show where one of the biggest mistakes in reality tv history happens during the finale and everyone loses their mind, now that takes a pro. By now, you’ve probably seen the video of Topaz voting for Jillian by accident and essentially handing her $100,000 Right there in the middle of all the action was Big Brother Canada host Arisa Cox, who had to deal with Topaz’s pleading with all the cameras and hundreds of thousands of people watching at home.

A few hours after the finale, I chatted with Arisa about how it all went down and how much she really knew.

Let’s get right into it. Did you know that the vote was wrong before you started announcing who voted for who?
The producers knew and here’s what they said, “If someone made a mistake, it’s possible.”Â  That’s all they said, they wouldn’t tell me who, what, where, how, when. They couldn’t tell me because they wanted it to be as real as possible. If something happened, it was just going to happen.

And you knew it was a mistake as soon as you said it?
Well, come on. Are you kidding?Â  In rehearsal, Topaz also called Jillian “Villian.” Maybe, who knows.Â  Maybe Jillian’s speech swayed her, but as I soon as I said Topaz’s vote, “I was like oh no.”

Your face at that moment was priceless.
Oh my god.Â  It was one of the most heartbreaking moments I’ve ever been apart of. First of all, Topaz has possibly the most gorgeous eyes I’ve ever seen in my life and when they are looking deep into your soul and saying, “Arisa, don’t do this to me.”Â  There was nothing I could do. Could you imagine if they had done a re-vote, it would have been so unfair. I can’t imagine being in Topaz’s shoes. Gary, Gary is fine. It was all about being who he was and being a role model to young people. Yeah, he got $20,000 and he’s super famous, he can do a lot of things with this. But to be Topaz, that’s harder because she has to live with that. 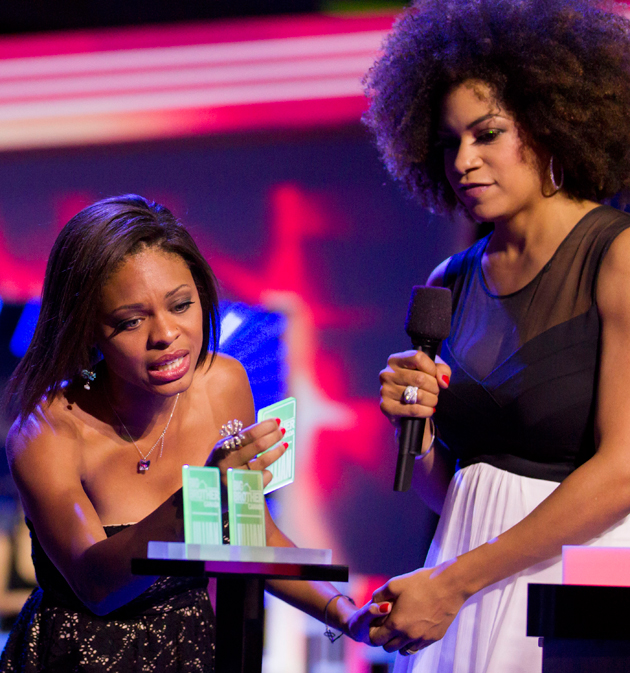 Have you seen her since, how’s she doing?
I talked to her right after the show and I one of the reasons she might be so devastated is because she is the one that got all those votes for Gary in the jury house. She worked so hard. She’s the reason he was that close to winning. However, she’s also the reason for his undoing. So I think that was the brutal part of it all. I think it hurts, especially because Twitter is a place that self-esteem goes to die, so I told her to stay off Twitter. People can be really mean.

You can see Dan Gheesling in the corner of the shot, what was he saying during all this?
I talked to him right after it all happened and I said, “Dan, save me!” And he said rules are rules and he said that I did the right thing. Even if I could, I don’t want the power. That’s Big Brother, I’m Big Sister. It’s not my call to make. When it comes to money prizes, there’s lawyers involved, you can’t just choose a winner and change your mind. It just doesn’t work thatÂ  way. Topaz says that she was just in the moment, she just lost her place. It was simply an honest mistake.

What was your favourite twist of the season?
I loved sending Gary back into the house. I also loved saving Susette because she had been really down on herself and it was really nice for her to know that she was loved across the country. Granted she didn’t stay very long, but still. And that’s kinda what everyone thought was going to happen with Gary.Â  He was going to be in, then voted out, done. And he really managed to pull it out when he needed too. And it’s tough right now, especially for Emmett because he really sees Gary going into the game that late as a travesty.Â  He does think it’s unfair. But it’s Big Brother world, there’s nothing fair about it.Â  It’s all twist and turns. It wouldn’t have been those three in the finals if some of the other twists hadn’t not happened. All these different things happened that brought them to that moment.

Did your opinion of any of the houseguests change over the season?
I’m going to say Andrew is one of those people. Andrew didn’t really register for me as a real player. And then slowly but surely he really grew on me. He’s such a pleasure to be around, especially for people who watched the live feeds. He’s so enjoyable and really showed himself to be one of the best players in the house and fell victim to a serious rookie error. Talla too, slowly but surely I grew to love her. She was so much fun to hang out with through the computer. And it wasn’t until later that you realized that much of that was an act, she knew what she was doing. She knew that people thought she was dumb and she used that to her advantage.Â  Which was amazing to watch.Â  The Shield was also amazing to watch, I thought these guys were going to go far and then they made some obvious mistakes. Alec throwing the POV was a big mistake and then keeping Andrew was a big mistake and then Peter not saving Topaz and getting Andrew out that moment that was a huge error. 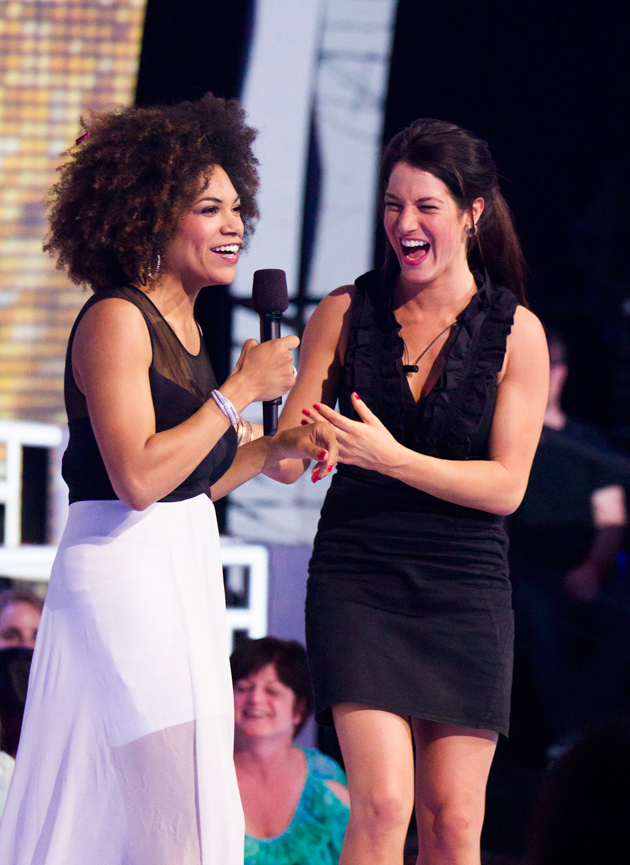 Would you like to host a second season of Big Brother Canada?
Are you kidding?Â  Would I!Â Â  Wild horses couldn’t keep me away. I really hope they do a second season, I think Canada is really ready for another season.

What advice do you have for people who want to audition? Should they try to be like one of the houseguests?
We saw such diverse personalities in the house, I don’t think you should try to be like anyone else. Just be yourself. I spoke with the casting director who does a lot of the U.S shows and she said it was so refreshing that in Canada not everyone is trying to be an actor. Our people have actual jobs and just love the game. So I think they want to see people more like that, a dentist, a firefighter. I think that’s what they want.