Interview: Why “Movember” keeps growing and where does that money...

With the start of November always comes chillier temperatures, a few snowflakes and mustaches, correction: a LOT of mustaches. This year, thousands of Canadian men and women are participating in Movember, which although it is hard to believe, is only five-years-old in Canada. Last year’s campaign raised more than $35 million in Canada alone, more than any other country. As the campaign kicks off, I got the chance to talk to Peter Bombaci, the National Director of Movember Canada about the campaign’s big changes and more importantly, where exactly does the money go?

Canadians seem to have adapted to Movember very quickly, why do you think that is? The exponential growth in Canada is in direct relation to how great Canadians are, weâ€™re a giving society. But I also think that combination of a fun campaign and then being the fact that itâ€™s a great cause, has made it successful. Itâ€™s for a great cause that had been under identified in the past, certainly this campaign was inspired by the womenâ€™s health movement. To know that there is now something out there for men now has filled the void. This yearâ€™s campaign isnâ€™t just about prostate cancer, youâ€™ve also added menâ€™s mental health.

Yeah, we added menâ€™s mental health this year, for a couple of reasons. Number one, weâ€™ve always had the broader approach to menâ€™s health, seeing as how weâ€™re about â€œchanging the face of menâ€™s health.â€ But also, as this campaign grows, we believe we can broaden our approach. We did our research and looked at what issues were well funded or being addressed by other areas and the one that we identified had the largest number of gaps was menâ€™s mental health. Itâ€™s a natural evolution from prostate cancer, because many men fighting prostate cancer face the challenge of mental health issues. One in five men will battle mental health every year.

Has the reaction to adding menâ€™s mental health to the Movember cause been positive?
Absolutely, without question. The mental health organization obviously think the world of gaining exposure to the cause. I think the thing we do best is get people talking, and to get that support, they are thrilled. We look at it like, â€œRising tides, float more boats.â€ As we bring more and more people on to the campaign, everybody wins. 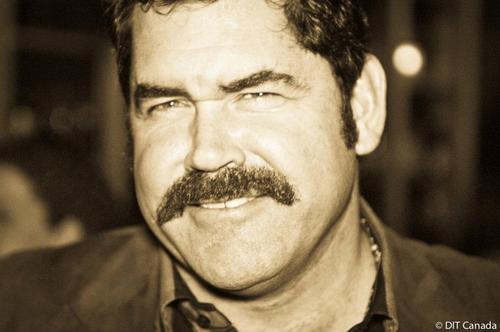 As organizations like yours become more popular, thereâ€™s often criticism of where the money raised goes. Are you concerned about that?
Over the course, over the past couple of years, weâ€™ve increasing focused on where the funds are going. Two or three years ago, when it was $3.5 million raised, we were less focused on where the dollars went, because we trusted our menâ€™s health partners to do the job that they are experts at, which is investing those funds. Certainly over the past few years, our Mobros and Mosisters have increasingly been looking to hold us accountable, which has resulted in us being a much more focused organization the other 11 months of the year, in working with our partners to ensure that the funds are being spent effectively and efficiently after the campaign is over.

For those not growing a moustache this year, how can they support Movember?
Certainly spreading the message of menâ€™s health is great. The fact that they are aware of the campaign, sponsoring somebody, making a donation, everything is important. Awareness is our number one priority, fundraising is obviously very important. Support those that are going through the journey.

What kind of moustache will you be growing this year?
I think I might throw on a couple of handlebars throughout the campaign.