Interview: The stars of Dr. Cabbie on the importance of...

They drive us when it’s cold, when it’s rainy, when it’s early and when it’s late. But do we ever really know who our cabbie actually is? Â For many Canadian cabbies, they have a bigger story, we just have to ask them about it. Â That’s what Vinay VirmaniÂ did and his conversation one night, inspired the plot of his newest film Dr. Cabbie. Shot in Toronto, Dr. Cabbie tells the story of an Indian doctor who moves to Canada, only to be let down by the Canadian medical system and forced to become a cabbie…until one fateful night. Virmani plays the films titular characters and he’s joined byÂ Adrianne Palicki (Friday Night Lights), Â Kunal Nayyar (Big Bang Theory) andÂ Isabel Kaif.

Before the movie opens wide on September 19th, I got a chance to talk to both Virmani and Kaif about getting a big film made in Canada and how to poke fun at cultural stereotypes…and still get away with it.

How did you come up with the story of Dr. Cabbie?
Vinay: It started in the back seat of a cab, actually. I was taking a cab one night in Toronto and my cabbie was a doctor from India and he was in his late thirties. Throughout that drive, I heard his whole story, about how he moved to Canada with so many hopes and dreams, Â but his medical degree wasnâ€™t recognized. He re-trained, he re-qualified, he spoke fluent English, but he had to do ESL anyway. Years went by and the Canadian medical system couldnâ€™t find him a suitable residency. He said something to me that night that was very insightful.Â Â  He said to me that night,Â  â€œI just came here to heal people and they wonâ€™t even let me do that.â€ 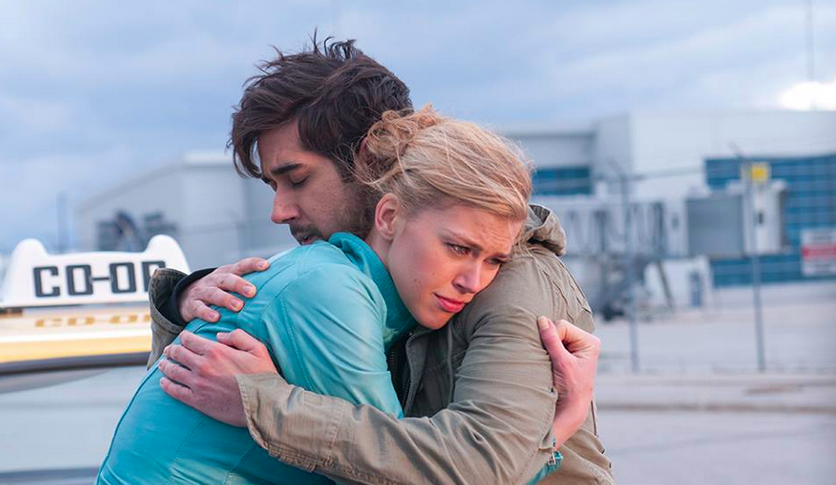 The story of Dr. Cabbie could have easily been a comedy or a drama. Is there a reason you decided to go the comedy route?
Vinay: Very early on, our team all wanted to have this story be a comedy because we wanted it be uplifting and have people be moved through comedy.Â  Yes the film is broad at times, yes thereâ€™s slapstick and the characters might be a bit loud and we do poke fun at our racial quirks. But at the end of the day, we really tried to stay true to the heart of the problem and we also wanted the film to be appeal to all age groups.

In terms of writing jokes about racial stereotypes, was that something you were nervous about?
Vinay: During our first couple of table reads, we all just wanted to create our own world. From script to film, it just sort of took on a life of its own.Â  The actors all brought little quirksÂ  to the table and it was never an intention to offend anyone, itâ€™s all kind-hearted. We wanted to show that this country celebrates everyone.

Isabel:Â Coming up with the jokes, it really felt like â€œWeâ€™re all in this together.â€ Itâ€™s kind of like a melting pot, letâ€™s celebrate our differences, rather than hide them.

Isabel, this is your first big film. What was that whole experience like?
Isabel: I was so fortunate because my experience was amazing. The entire cast was phenomenal.Â  I donâ€™t know if every set is going to be like this, so I think they kind of lucked out since this was my first big experience and it being so good and so much fun! 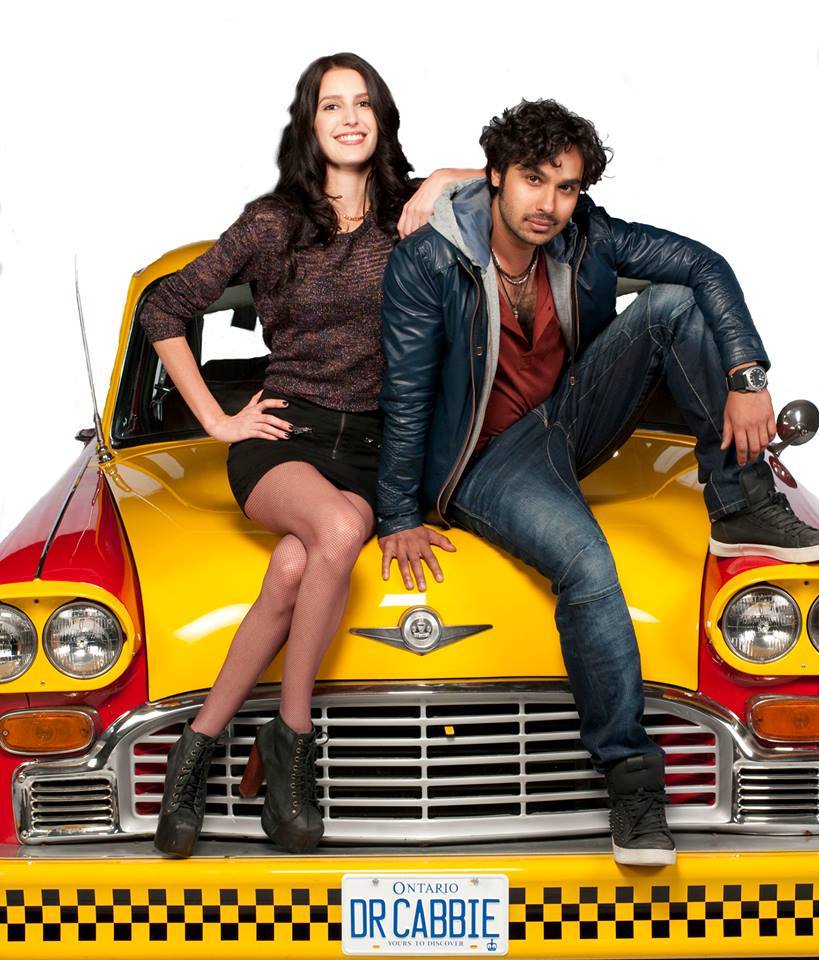 And working with Kunal so much, did he have comedy tips for you?
Isabel: It was amazing to work with him. He had a few tips, he kind of showed me the ropes on set and comedic timing. So I was lucky to star opposite of him.

I was happy to see both Adrianne Palicki (Friday Night Lights), Â Kunal Nayyar (Big Bang Theory)Â  in Dr. Cabbie. How did you go about getting pretty big American actors in this Canadian production?
Vinay: I think that the credit goes to the script. If the actors connects with something. If they feel like they can bring something to the part, the stars align.Â Â  The role is so different for Adrianne. Sheâ€™s always been typecast as the action leading lady. Itâ€™s rare that she gets to do a movie like this. Itâ€™s a strong female character and I really think she is the hero.

Itâ€™s rare that a Canadian film gets so much attention all across Canada?Â  How did that process work that you guys have gotten so much publicity and the ability to open wide across the country?
Vinay:Iâ€™ve realized over the past three years that the importance of social media and how itâ€™s really changed the game.Â  As a Canadian feature, sometimes they go ignored or under the radar, so it gives me motivation to work ten times harder, so be lot more aggressive in promoting the film, utilizing social media a lot more.Â  Hats off to our studio and producers who engaged people. Weâ€™ve done a massive Canadian tour in over thirty high school and met more than 12,000 kids.Â  Weâ€™ve actually been promoting this movie for the past six months. I think itâ€™s important for Canadian movies to start doing that. We really have our own identity in Canadian cinema and we really need to start reaching out to different demographics. My intention was to reach out to a diverse comedy. My goal was to take Canadian cinema in that direction.

Â So it wasnâ€™t like you aimed to make a Canadian movie, you just made a movie and wanted the script to be great.
Isabelle: I think the movie does transcend borders.Â  The movieâ€™s plot is not specific to Canada. In New York, you find doctors, lawyers, investors driving cabs because the degree is not recognized in the country that theyâ€™ve immigrated to. Something about that really connected with me.

I donâ€™t want to jump the gun, but there were so many developed characters in this movie, that I really felt like there could be a future for a Dr. Cabbie TV show, or something like that. Have you thought about that?
Vinay: To be honest with you, that really depends on the success of the film. Iâ€™m very realistic that the film does have to be successful and the characters have to be embraced before we think about that. Nothing would mean more to us than to be with these actors again on set. Weâ€™re like one big happy family and if we ever get the opportunity to do a spin-off or a sequel .
Isabel: I would have to second that.