You probably know Spenny for being the loveable loser on the hugely succesful comedy, Kenny VS. Spenny.Â  But with his new comedy,Â  the days of insulting fat people, sitting on cows or wearing an octopus’ onÂ  his head are far behind him…luckily.

In his new scripted show, Single White Spenny, Spencer Rice takes on something that he’s not even sure he can win: love.Â  It’s definitely a different direction for those who are used to the silly Spenny who would do anything for a laugh…literally.Â  Earlier this week, I got the chance to talk to Spencer and two of his co-stars, the hilarious Nikki Payne and the inspiring Deb McGrath, about their new show, who’s funnier and most importantly: revenge sex.Â  By the end of our chat, I felt like I had gone to comedy school, have a read, I think they’ll feel the same way.

The first episode focuses on the concept of revenge sex. Out of the three of you, who would have the most revenge sex?

Nikki: Me. Hands down.
Deb: Iâ€™ve lived longer, but if you averaged it out, Nikki would win.
Spencer: On a per capita basis, Nikki for sure.
Nikki: My dad is from Newfoundland, the revenge sex capital of the world!

Spencer, up until now, most of your worked has been unscripted. Was it hard to go to a scripted series?
Spencer: Basically itâ€™s a completely different process. I absolutely love it. Itâ€™s amazing for me, because I wasnâ€™t doing anything outside of my wheelhouse of what I always do, which is essentially Spenny. The script memorizing was a little bit intimidating. But I went to an expert who just told me to practice. So two months before we started filming, I was running lines with my girlfriend about an hour a day and I just got better and better at it. Thank god I did my homework.

So do you consider yourself an actor now?
Spencer: I guess so, I see actors who are like Laurence Olivier, I donâ€™t know if I have that kind of range, but I feel like a comedian.
Deb: Youâ€™re a comedic actor. 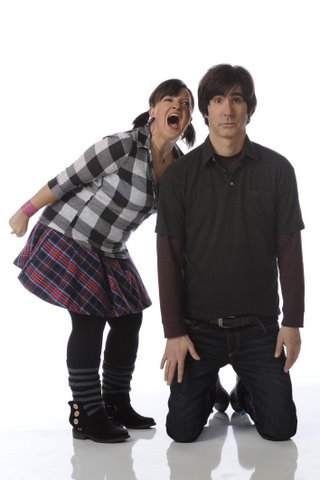 You went from working with Kenny, to a cast full of funny women. Did they teach you the ways of the woman?
Deb: Well I think he loved it. But I think he already knew the ways of the women. He loved being bossed around.
Nikki: He only learned what he needed to know.
Spencer: Well I love women, for many reasons. They titillate me and confound me and all of those things.

How much of Spencer is there in Spenny?
Spencer: I would say a lot. Particularly his relationship with his mom Youâ€™ve got a guy who has a very self-absorbed mother, like many kids, he â€˜s gone the opposite way of his mother, so heâ€™s trying to do all the things that society wants you to do (married, children, tax payer) but he doesnâ€™t have the skills to do it, partly due to the fact that his mom never taught him. It really is very character driven series, every character in the show is very strong.

The series is loosely based on your life, did you have to call any of yours exes to give them a heads up?
Spencer: Well my mom, specifically, not really the exes. But itâ€™s about comedy, itâ€™s about writing real stories and we all draw from our lives in subtleâ€¦or not so subtle ways.

Amy Matysio plays my best friend Chelsea, who is based on my best friend, a woman named Sarah. She knows me inside out, is never afraid to tell me the truth. 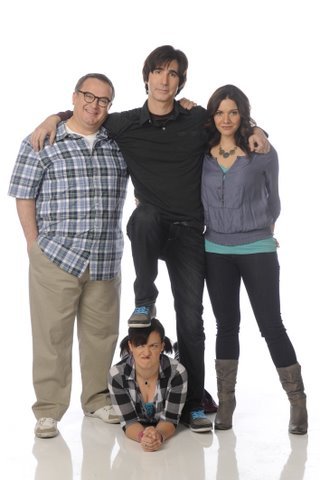 You have all made youâ€™re careers in comedy, who or what were your inspirations to be make you all so funny?
For me, my cousin Marjorie (Marjorie Gross.) She was really one really one of the pioneer female comedians out of Canada. She went on to live in New York and work at Catch a Rising Star and went on to write for The Larry Sanders Show, Seinfeld and Bob Newhart. I was exposed to comedy at a very young age. Comedy is what feels honest for me. Iâ€™m a fan of comedy. Iâ€™m also fan of Nikki and Deb. It goes all the way back to Chaplin, you just try to learn little pieces and try to put it all together and make it your own, as much as you can.

Deb: Iâ€™m the same, I was the kid in the school yard acting out the Monty Python episodes. Iâ€™m also with Spenny, Buster Keaton, Dick Van Dyke, Mary Tyler Moore! I was obsessed with comedians. I was rare because I was the girl class clown, which in the fifties and sixties was the exception. I would watch a Laugh In episode, memorize it and then perform it. I also look to the great characters in my real life, I could do a show about my familyâ€¦but not while they are still alive. I always observe the absurd in people, Iâ€™m a great student of human nature.

Nikki: Iâ€™d love to tell you that Iâ€™m the same, that I was a lover of comedy for all these years, but the honest to god truth, my entire career is just a series of flukes. I was the college mascot in College, people thought I was funny, they thought I should try comedy and so here I am.

Spencer: I was a fan of both of these ladies, I had seen Nikkiâ€™s stand up plenty of times, so we went hunting for Nikki. Deb walked in and it was like â€œyou got the job!â€

Deb: It was interesting, because at my audition, as I was speaking, Spenny kept looking at the director, which I realize now was because he liked me, but I first I thought he was like, â€œWhat the hell is she doing?!â€

What do you have in common with each other, to make you successful in comedy?
Spencer: I respect themâ€¦I hope they reciprocate. Itâ€™s a business, a lot of actors read for the different parts but you go with your gut. These women made me laugh and thatâ€™s why I knew I wanted to work with them. And I knew they had the intelligence and talent to get their heads around the characters.

Deb: I had a great start at Second City and when I started it was the only game in town. So if you were at Second City, you got all the commercials. But then ,I have to say, that in my forties, and I donâ€™t mean to beat a dead horse, but they donâ€™t really know what to do with women in their forties. Fortunately, my sons were in school and I was happy to step back. And then I turned fifty and honest to god, itâ€™s the busiest Iâ€™ve ever been and itâ€™s the most that Iâ€™ve ever worked. I have no idea why and Iâ€™m really scared to question it. Iâ€™ve learned to things: Be the funniest person that you can be and be the easiest person to work with. Because I swear to god, one of the questions people ask when they are putting a cast together is â€œAre they a dick or are they easy to work with?â€ And I swear Iâ€™ve seen people get cast because of that. Sure, talk about people when you get home over a glass of wine. But when youâ€™re at work, be on time, hit your mark, learn your lines and be flexible.

Nikki: For me, I feel like it is luck that Iâ€™m here. But what Iâ€™ve observed thus far, because Iâ€™ve got to work with amazing people, what seems to be similar in all of them is a real feeling of â€œArenâ€™t we lucky to be doing this,â€ â€œIsnâ€™t this a great job?â€ Generally the people who are dicks to work with are the ones who are choosing to be miserable. Iâ€™ve worked real jobs, theyâ€™re not fun. This is fun.

Deb: I used to work corporate gigs and we wonâ€™t complain about little things and then weâ€™d say, â€œYou know what, we could be out there, with the â€˜Hello My Name Is Tagâ€™â€ So we are all grateful.

Spencer, If you were forced to name your character something other than Spenny, what would it be?
Spencer: McBloggity Blog Sammy!

I have it copyrighted

Spencer: It would have to be Marx Brother-ian. Neorotic Marx.