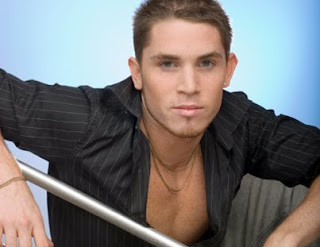 What were you doing when you were 19 years old? Blake McGrath was dancing for Britney Spears.

If you’ve watched a dance show in the past five years, chances are you’ve seen Blake. Whether it was on the awesome and under-appreciated MTV reality show DanceLife, or on both the American and Canadian editions of So You Think You Can Dance. (He actually finished in the Top 6 of the show’s first season in 2005.) It is pretty hard to ignore Blake’s presence in the new world of dance.

Before talking with him at the recent Calgary auditions for SYTYCDC, I was honestly expecting the male equivalent of a diva. McGrath is known to comfortably straddle line of confident and cocky. Which is fine because I think, if you are going to be a dancer, you have to be a little of both. “I’m so driven, if anyone told me no, I literally have to laughed it and keep going. I trained 35 hours a week, so that is a lot of training. I worked my butt off. I’m one the most driven people you’ll ever meet and if I want something bad enough, I give myself two years to accomplish it.”
But even the best dancers still get nervous, “I get nervous before I perform, but then I hit the stage and it all goes away.”
And he has a lot to be nervous about, now that he’s conquered dancing, he is moving on to singing. McGrath will be releasing his first album in September, but we can expect the first single in just a couple of weeks. “The album is pop r&b, dancy and clubby. It feels young and fresh and I’m really proud of it.” The video for his first single, will likely feature a lot of familiar faces. “If the video we did is the first single ‘Night’, Natalie, Nikko and a lot of the Top 20 are in the video as well.” 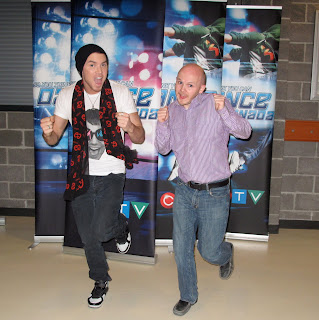 Blake says that he did that because so many of the dancers finish the show and ask, “What is next?” He advises all of them to knock on doors. And that is pretty common advise, ask anyone who has “made it” and they’ll tell you the same thing. “When I did Dancelife, we thought things were going to start falling into place. And then when they didn’t, I got really lonely and realized that I can’t wait for things to happen. You always have to be five-steps ahead of the game.”
And it seems Canadians “niceness” might actually help dancers looking for their big break. “Canadian dancers are so passionate. They are versatile. And they are nice, americans are just more cut-throat. I think it might be a quicker route to be more cut-throat, but I also don’t think it is the best route.”
Luckily for Blake, he seems to be a little of both.
Follow Blake on Twitter: @blakemcgrath
Blake McGrath, sytycdc