For the past few years, director Morgan Spurlock has almost died trying to tell our stories. Numerous times.

Spurlock’s movies like the uber-controversial Super Size Me, as well as, other conversation stirring documentaries like “Where in the World is Osama Bin Laden” and “The Greatest Movie Ever Sold” brought him to a physical brink that very few directors would face in the name of making their documentaries as real as possible. But it’s not just on the big screen, TV fanatics, know Spurlock as the man behind the gut-wretching docu-series “30 Days”.

Yes, Spurlock has seemingly found a way to create a career of making people talk, regardless of how many doors are slammed in his face. Whether it’s about our diets, politics, careers or obsession with brands, there’s seemingly nothing off topic for the New York based director.In his new movie, which is currently streaming on Netflix Canada and USA, he looked into the mirror for his next subject. Mansome is a hilarious and often shocking look at the world of men’s grooming. Yes, you can make a whole movie about that. Actually, you can make a real great movie about all the things men do to feel, well, pretty. The documentary features a very funny and famous cast including Jason Bateman, Will Arnett, Paul Rudd and Zach GalifanaikisI recently caught up with Morgan from his NYC office and we chatted about the future of movies, the affect he hopes his movies have on people and how on earth he scored such big celebrities for his latest project! 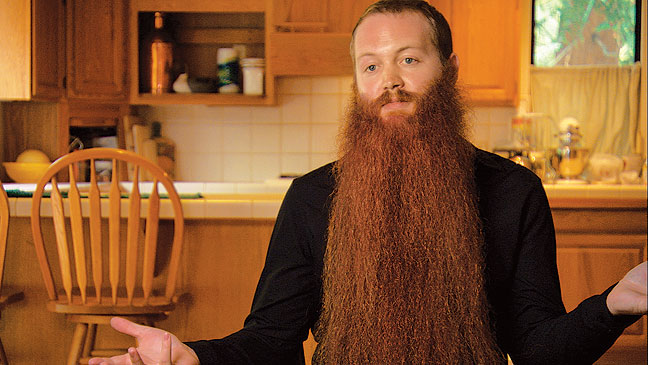 “Mansome” is one of the first projects that saw the movie premiere on Netflix Canada and USA at the same time. How did Netflix arrangement come to pass?
Morgan: Iâ€™ve had a great relationship with Netflix for a very a long time and when we first started talking about this film and what we wanted to do with it, we wanted to try and do something where we could reach a large audience. You know, maybe shake things up. When Netflix expressed interest in being that kind of partnership, you know, removing that step and being the next step that kind of drives people towards it in instant viewing, I was very excited about that.
The one thing that we constantly try to do is try new methods of distribution, try and have our company be willing to take chances and take risks, and a movie like this– I thought it was a good bet for us to try something different with it– we had a cast that was involved and it made a lot of sense.

Do you care about box office gross then if itâ€™s going to Netflix?
Morgan: Yeah I think that we knew early on what our plan was with it to try and push it towards the Netflix or a VOD market quicklyâ€¦you know we wanted to collapse our window as fast as possible.

Of course you’re always concerned about Box Office but whatâ€™s happening today with a lot of documentary films and independent films is you want to have a box office that drives your press, and you want that press to get to a point where it will just bring awareness for people who want to see the film wherever it is. We got a tremendous amount of coverage around this movie when it came out, and you know, the goal was kind of to try and shrink that window as much as we could, and I think it really paid off. 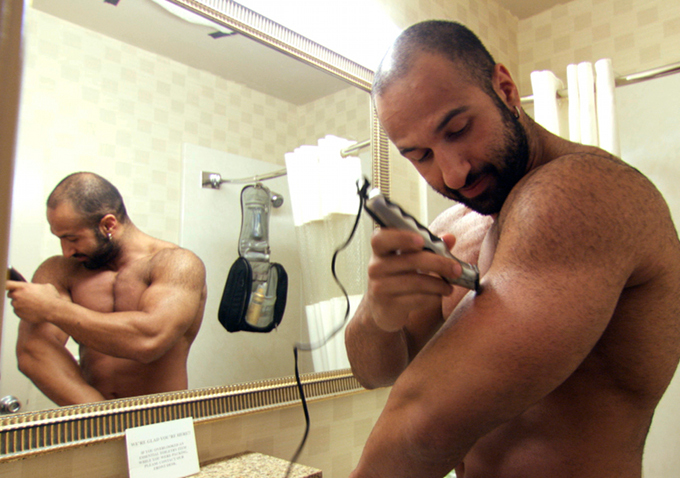 Looking back at movies you’ve done, every one is so different, especially compared to Mansome. How did you guys come up the topic of menâ€™s beauty regimes?
Morgan: The conversation actually came up over lunch that I had with Will Arnett and Jason Bateman. We started talking about this ridiculous world of manscaping, of you know what men are going through today kind of this loss of masculinity. When the lunch was overâ€¦it was like “We have to make this movie, this movie will be so funny,” and getting to work with Will and Jason would be great, and I think, for me, it was just a great opportunity that I didn’t want to miss.

Was working with bigger Hollywood names something you were looking to do?
Morgan: Well this was coming on the heels of doing Comicon, which we did Stan Lee and Joss Whedon, so this film put together not long after we’d just shot Comicon in San Diego and so coming off of that we saw what a valuable experience that was, you know working with Stan and Joss, so when we had this meeting with Will and Jason, itâ€™s just the natural next step to kind of do something like this. 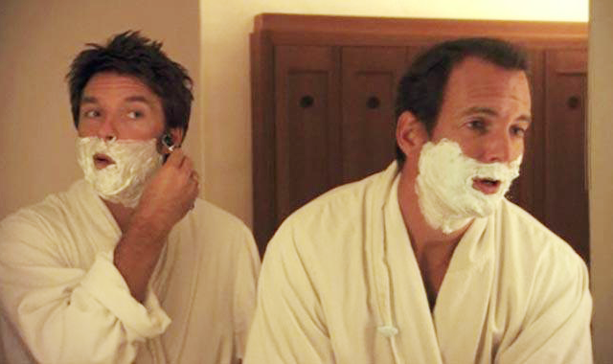 How was the experience of working with celebrities different then shooting and working with normal people in different communities?
Morgan: I was pretty excited when, after Supersize Me, when people started returning my phone calls, it was really exciting. People return your phone calls even faster when you throw out names like Jason Bateman. For me, it was just a unique experience, to get to have open doors, which made it a very different experience, especially after having so many doors slammed in my face continually while making “Greatest Movie Ever Sold.” This is one of those projects where you call people up and people were jumping to be in the film and help us out and the fact that we got Zach Galifanaikis, Judd Apatow, Paul Rudd, John Waters, I mean itâ€™s just great and it’s partly a testament to these guys that we got to make this movie.

Throughout filming, did your perception of hair and manscaping change?
Morgan: Well my perception of hair started changing 10 years ago when it started falling out my head. My perception of hair changed a long time ago. I think what it does is really makes me realize how men are starting to suffer from the same types of judgments that women have been suffering from for decades. You know, suddenly men are looking in the mirror and seeing themselves as being inadequate, not good enough, thatâ€™s something that never would’ve happened back in the days of the 1960s, it just didn’t happen. Now there’s this insecurity thatâ€™s starting to surround men and a lot of it is rooted in our appearance, because we created such a value around how we look. We’ve told people if you don’t look good then something’s wrong with you. 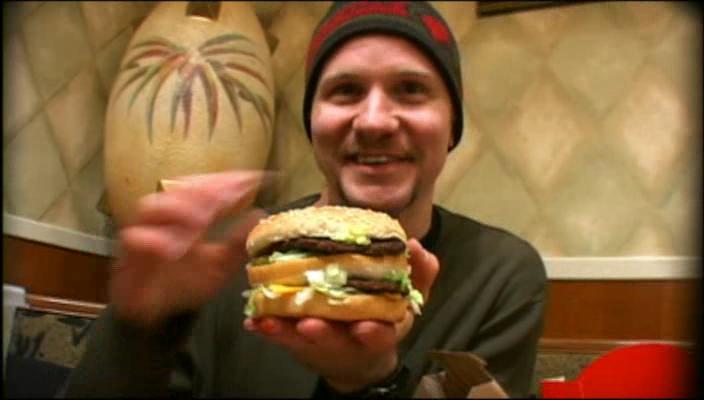 Since “Supersize Me”, you’ve become a household name, do you feel a responsibility to make projects that are always going to make people think and look at themselves and look around the world?
Morgan: I think that I’ve been given a unique opportunity to get to do that with people. I think that people, when they watch my films, they watch my TV shows, they know that they’re going to be entertained, they know that it’s probably going to be fun, they know that they’re also gonna walk away probably having learned something. I think to get people to also let their guard down and laugh, but at the same time taking some of that information, is a great place to be. I’m a real believer that if you could make someone laugh, you can make someone listen. You know hopefully through that listening we can have some sort of an impact.

How did you decide to always be prominently featured in your movies. Why not be the director behind the camera and let the characters’ stories unfold, why do you choose to be involved?
Morgan: All of that extended out of “Super Size Me.” The original idea of “Super Size Me” I was going to have someone else go on the diet. I was just going to direct the film and somebody else was going to be the ginea pig in that movie. The more we talked about, the more we started to realize, that there was no way that I could trust, whoever that guy was, when he went home every night that he wouldn’t sneak some broccoli on the side, or like some bukchoi or you know, something that he wasn’tt supposed to be having. The only way I knew for 100% that it was going to be done was to do it myself, and so after “Supersize Me,” we got the idea for “30 days” and it was going to be me kind of you know going through these situations, not all of them. I obviously couldn’t go somewhere for 30 days at a time for 6 months. It really does affect you, when you kind of put yourself in situation. What I loved about it is that Iâ€™m going on this journey and you’re coming with me, when I learn something you learn something. When I feel something, you feel something. I think there is this trade off that comes between you and I, there’s a trust that happens. You know, you trust that Iâ€™m going to be honest with you and tell you how I feel and what’s going on, and I trust that you’re going to be willing to take this trip with me.

Is there a downfall to putting yourself in the public eye that way?
Morgan: It’s not like I’m Tom Cruise, I can still leave my house and have a life. Everything you see me in, you’re seeing me. You’re seeing me just being myself, there’s never a moment where I’m having to act and having to do something different. So I think that makes it a lot easier for me, because even when people see me they know who I am, its very…it’s almost like they already have a relationship with me. So people say ‘hey, youâ€™re very nice.” Nobody’s throwing rotten tomatoes at me, but it’s still- I live in a smaller world compared to the much larger -the entertainment business, but its one I’m very fortunate to have.

After working on your movies, is there any part of you that gets frustrated when you see people lining up at McDonald’s, wearing name brand clothing or spending hours getting ready. Do you get frustrated seeing that behaviour?
Morgan: What you hope is that whatever project you make is that somehow, somewhere you can start to some sort of an epiphany with the people that watch it. That they’re gonna want to do something a little differently. I mean, I get stopped, it used to be almost daily now it’s once or twice a week by somebody who saw “Supersize Me” who completely changed the way the were eating. People used to pull pictures out of their wallets show it to me, there would be this great big fat person, they were like ‘that was me 100lbs ago.” They would talk about how that film changed their life and you know, whether it’s in marketing, whether it’s somebody’s perception of the middle east after seeing “Where in the World is Osama Bin laden?” I think there’s a tremendous amount of influence that can come out of documentary films, feature films in general, that transcends your own country and your own life.