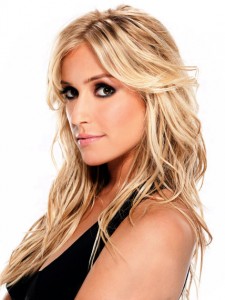 If I was ever going to interview someone and expect them to be absolutely dreadful, it’d probably have been Kristin Cavallari. The star of MTV Canada’s The Hills (and previously of Laguna Beach) prides herself on her reputation for being a bitch–and quite frankly, I was terrified to chat with her.

But then the strangest thing happened: she ended up being one of the nicest, coolest interviews I’ve ever done. No, she’s never going to win a Nobel Peace Prize, and yes, she’s one of those Hollywood stars who’s famous just for being famous–but she’s also honest about it. And that’s the thing about Cavallari: she’s honest about pretty much everything.Â She could have been affected, rude, and snotty, yet she was the complete opposite. While this might come as a disappointed to some of Kristin’s biggest fans, it was a pleasant surprise for me.

With only a few episodes of The Hills left to air, I had the chance to chat with Kristin while she was in Toronto. Â We met at The Fifth Social Club where it seemed that no topic was off-limits. She openly talked about the show’s storylines, who was to blame for the rumors of her drug use, and why she has her eye on Justin Bieber.

Correct me if I’m wrong, but one of the reasons you came back to reality t.v. was to help your acting career, right?
KC: Yeah, that is one of them. I have done five movies and a few more on the way and it was a way of getting my fans excited about me again. It has been very nice having a steady job: half the time in the entertainment business you never know when you are going to have another job. That was a really big thing for me. I just thought it would be a cool experience. 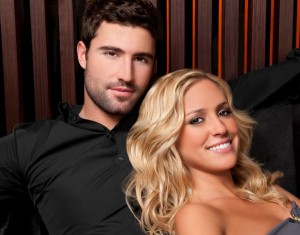 So with only a few episodes left, do you think you’ve done what you came back to do?
KC: I think so, yeah. I wanted to make a statement by coming back. I didn’t want to just slip in and no one talk about it. The whole point about coming back was to make it a big deal. So I think I succeeded in that. I also think that my first season on The Hills, they didn’t necessarily film me in a great light, but I think this season they are really showing more sides of my personality and I think we are going to end on a high note!

Are you happy with the bitch label that MTV uses in the promos for The Hills?
KC: They asked me if I was okay with it and I said absolutely. I mean it is a TV show, let’s go for it. Let’s have fun with it. It is more fun to be the villain.

You’ve been honest about the fact that The Hills isn’t necessarily real and it has created story lines; how do you contribute to that?
KC: I look at it like my job. Laguna Beach was different because that was my life. Stephen was boyfriend and when emotions get involved it gets tricky. So when I decided to do The Hills, I look at it like my job, so I didn’t get emotional about things. I go to work and do my thing and leave that there and I have my private life and my real friends.

Are you happy with how you’ve been portrayed?
KC: Yes, I think that my personality does come through. It is interesting because if there were no cameras, I wouldn’t be friends with half of these people and I wouldn’t be doing the things I’m doing. There are certain things that you know are going to be on. When the whole Allie thing started, I knew that was going to be on TV.

At the beginning of the season there were rumors of you doing drugs. On the show it was implied that those rumors were started by Stephanie and Lo, but on Twitter it seemed otherwise.
KC: Stephanie did not start those rumors, Lo did not start those rumors. I think MTV started those rumors. 110%. I would never accuse someone else of doing drugs on camera. I just would never do that. You can have a producer asking you to do something, but there is a fine line of where you draw the line for yourself or not. I think of myself on the show as Kristin the character and if If I can’t justify it as my character, then I won’t do it. I wouldn’t do something just because a producers tells me to….well, that’s not true.

How was the reaction to that story with your family?
KC: Yeah, that was the hardest part. I mean my friends and family know that it is a show. But having to deal with that publicly really sucked. And MTV didn’t have my back whatsoever, of course, because it is better ratings for them. It was definitely really difficult time for me.

How do you find people really just want to be your friends?
KC: It is always a huge red flag when a guy or girl wants to be on the show.

If The Hills is about your life, how do you separate what is real and what isn’t?
KC: I have a very private life. It would be extremely difficult for me to put a real relationship on the show. I think it ruined my relationship with Stephen. I don’t have any of my real friends on the show. Justin and Audrina are a perfect example of how the show can ruin a relationship. Even Brody and Mikaela. He started dating this girl and they brought her on to the show and then she got crazy. 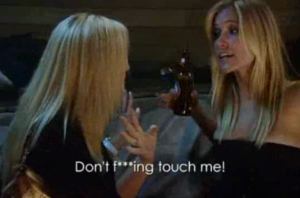 But not as crazy as Allie Lutz!
KC: I’ve known Alli for almost ten years now. We’ve never liked each other. And six years ago when I was dating Brody, she broke into his house in the middle of the night. But I don’t have an issue with Mikala.

Was Allie coming on the show a surprise to you?
KC: Absolutely.

Is it weird that Mikaela and Allie Lutz have been filming their own scenes?
KC: I think it has been great for the show, I think it is very interesting. I think Brody would be more upset than anyone else, because he was dating her and she came on the show and now she has her own story lines.

Do you ever think about what would have happened in MTV had never come to Laguna Beach?
KC:Yeah…I mean, I was going to go to Emerson in Boston and study Broadcast Journalism. I really wanted to get into the whole hosting thing. My life would be definitely different though.

MTV Canada is currently looking to make its own reality show: any suggestions for people who want to enter?
KC: Is that why everybody is Tweeting me??! I heard that MTV is trying to do another Hills, but a little bit younger. Maybe I’d watch like a camp reality show. Like the high school kids go to camp for the summer.

What are your fans reactions when you come to Canada
KC:When I do The After Show they are just so excited. They love it.

You were here to present an award at the MMVAs. Was there anyone you were excited to see?
KC: Justin Bieber was great. But I spelt his name wrong on Twitter and his fans went crazy. But I get it now. He’s teeny tiny and has the most beautiful eyes. He’s a total stud.

So what is next for you now?
KC: I’m going to start producing reality shows. Similar to The Hills–I have three different ideas I’m working. I think I’ve learned a lot being on The Hills and I want to apply it and make new shows. And I want to get back to acting, take some classes and start auditioning again. 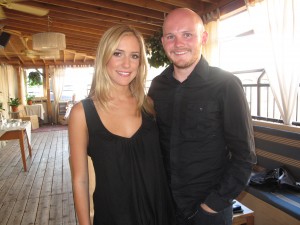