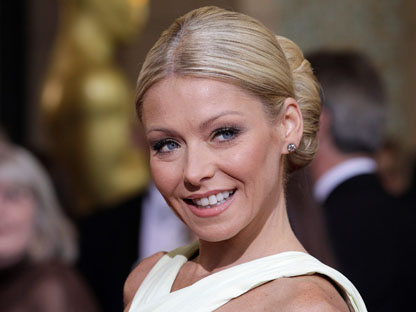 Today was definitely a very cool day for me.  I got the chance to have a phone interview with Kelly Ripa and the executive producer of Live with Kelly! Michael Gelman.   They’ll be coming to Banff in a few weeks for four episodes of their popular daytime show.

Here’s the story I wrote:

“I’m really hoping that I see Moose!” confessed an excited Kelly Ripa, referring to her upcoming trip to Banff. “I’ve never seen one in its natural habitat.”

From April 2nd to April 5th, the popular morning show host will be bringing her syndicated morning show, “Live with Kelly!” to Banff for four shows at The Banff Centre.  Details of what Kelly and her celebrity co-hosts will be doing are still under wraps, but executive producer Michael Gelman, who’s been looking to do a winter weather remote for years, promises dog sledding, snowmobiling and some snowshoeing.  For the four shows, the co-hosts and guests have also not yet been announced, but Gelman says that they will feature a mix of both American and Canadian stars, as well as, highlight locals from in and around the city.

About coming to Banff for the first time, Ripa was left in awe when she Googled the mountain town, “When I saw the pristine and unspoiled mountains, I couldn’t believe my eyes.”  She added that it will be like “a second honeymoon” for her and her husband of sixteen years, Mark Consuelos.

Those looking to see a taping of “Live With Kelly!” will have lots of opportunity. Each taping will have more than 900 people in the audience.

Tickets are being handed out via a lottery, with fans being able to register on the “Live With Kelly!” website.

During our interview, Kelly essentially made my day with this little dialogue: