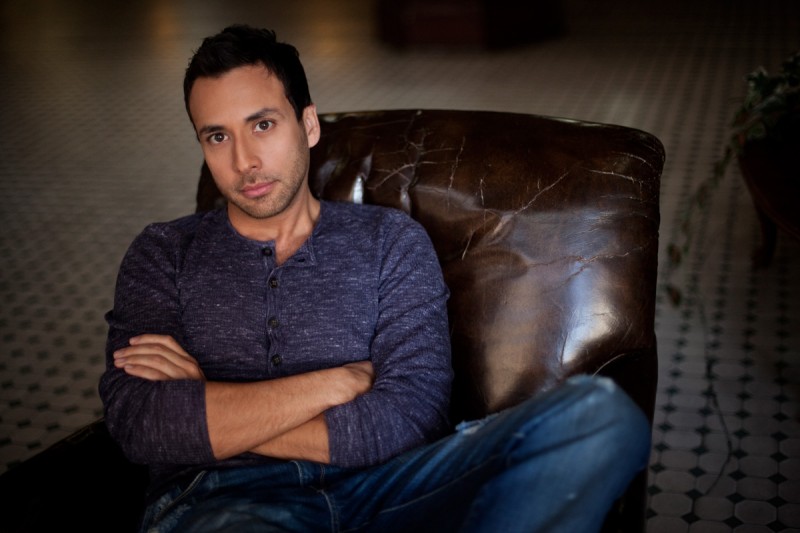 Most people know Howie Dorough for being one part of the hugely successful boy group The Backstreet Boys. While AJ and Nick were off busy making headlines and reality shows, Dorough has quietly been cultivating a solid career that goes beyond stadiums filled with screaming fans.Â Â  Just a few weeks ago, Howie released his very first solo single and it’s been quickly been moving up the charts, even cracking the Top 30 MuchMure countdown.Â  If staying on top of two succesful careers and touring wasn’t enough, Howie D also has a management company named 3 Street Management, that has made stars out of Canadian acts like George Nozuka and Neverest.

On his recent trip through Calgary with the NKOTBSB tour, I caught up with Howie backstage to talk about his new single, the upcoming album and why it seems like Canada is his second home.

Your first solo album Back to Me will be out in November, how was the adjustment in the studio from working with a band, to doing a solo project?
Itâ€™s been an awesome journey for me. Each of the Backstreet Boys came from solo backgrounds, so we all had solo aspirations. But with the group, we really took time to work on that and the career of the group itself. But then, as time went on, our fans have been asking us, little by little, to do solo stuff. Iâ€™ve been working on mine for the past five years.

But it was awesome, you know, going into the studio, and now whatâ€™s going to be on the CD is really exciting.

How did you choose the songs for the album?
Iâ€™m a firm reliever that the cream will rise to the top. With the Backstreet Boys we recorded a lot of songs, because you just donâ€™t know whatâ€™s going to be the best, what grows on people. I do listening sessions with my management or my wife, sheâ€™s really good at picking stuff. Certain songs will just move you, or linger in your head, so those are the ones that I keep coming back to.

Whatâ€™s the writing process been like for you?
I didnâ€™t really even start writing music until I was in the group. I was experimenting and it was rubbish. But in time, I was able to work with lots of great writers and I learned like a sponge. I learned from them the things to do, not to do and how not just the normal way of saying things.

How did you come up with the sound for it?
I started off a little more in the latin direction and then I thought about it more and more, I thought about our international fan base, and I didnâ€™t want to zone in just one type of music that maybe isnâ€™t appreciated world wide. So I decided to get back to the roots of Backstreet Boys and the Euro-dance feel, but Iâ€™ve always been a positive energy person, so the dance sound just really works with me.

How did you end up working with Canadian producers The Kuya Brothers on the first single â€œ100â€ ?
I was doing a lot of writing for my own record, and then management had put the call out for people to write songs. Iâ€™m a firm believer in a hit song can come from anywhere. Iâ€™m not one of those artists that thinks, â€œI have to write every song myself.â€ It was one of my favourite songs and I fell in love with it. I do a lot of work in Canada, Iâ€™ve really studied the market up here and Iâ€™m familiar with things like CANCON and how to get your music heard on the radio. The video is actually directed by a Canadian director named RT. Thereâ€™s something in the water here, just a lot of Canadian love.

Youâ€™ve developed a few Canadian artists with your management company 3 Street Management, what do you look for in Canadian artists?
Itâ€™s all about the full package. First of all, the music has to speak for itself. The fact that Neverest and George were self-contained, writing their own music and involved in the production of their sound was great. Neverest won me over when they performed for me acoustically, and it was straight raw vocals. They almost had a little bit of an Eagles vibe, then when I heard them produced with the music and their sound went to a mix of One Republic and The Backstreet Boys. They have different dynamics to their sound.

What sort of advice do you give your artists?
I think thatâ€™s thereâ€™s a benefit that I can relate so much. When they have questions about their shows or their songs, or audience reactions, they can look at me and tell them what I do myself, as opposed to just a manager who is just straight business and doesnâ€™t know the artistic side. I always encourage them to be very hands on with their contracts, take them to the lawyers if you have to. I know in the early days of the Backstreet Boys, you sign deals that you look back on and wish you had someone go over it with you. Iâ€™m a firm believer that everything happens for a reason and maybe the mistakes that I made, gave me the chance to learn and help other people make the same mistake.

The Backstreets Boys have sold more than 100 million albums around the world, you still sell out stadiums, growing up, did you envision this sort of life?
I did. I really did. As a little kid, I always looked up to Michael Jackson, Madonna and New Edition and I always envisioned myself performing on the stage with lots of people. I donâ€™t know if I knew exactly what was entailed in the work behind the scenes. A lot of people think itâ€™s just waking up, performing later on in the night, going to the parties, they donâ€™t realize the work that it takes to get to that point on stage and then stay at the level is even harder. Thereâ€™s sound checks, videos, photo shoots and media. I enjoy all that, it keeps it different for me.

What do you think accounts for the groupâ€™s longevity?
I think it all boiled down to making the right choices. We pride ourselves in making good music, music thatâ€™s timeless. A lot of the stuff we didnâ€™t write, but we didnâ€™t have egos enough to say â€œthis shouldnâ€™t be on our record.â€ We made decisions like making sure we had the right team of people that could capture our vision, our sound. Also, we had to evolve, with our music, with our fans.

Letâ€™s do a BSB Rapid Fire! Who was the last Backsteet Boy toâ€¦
Surprise you: Kevin Richardson
Teach you: All of them taught me golf.
Make you laugh: Nick.
Go to your house for dinner: Kevin and Brian.
Encourage your career: AJ
Watch a movie with you: AJ
Borrow your clothes: Brianâ€™s the clepto, heâ€™s the same size as me, so we have to make sure our clothes are separate. 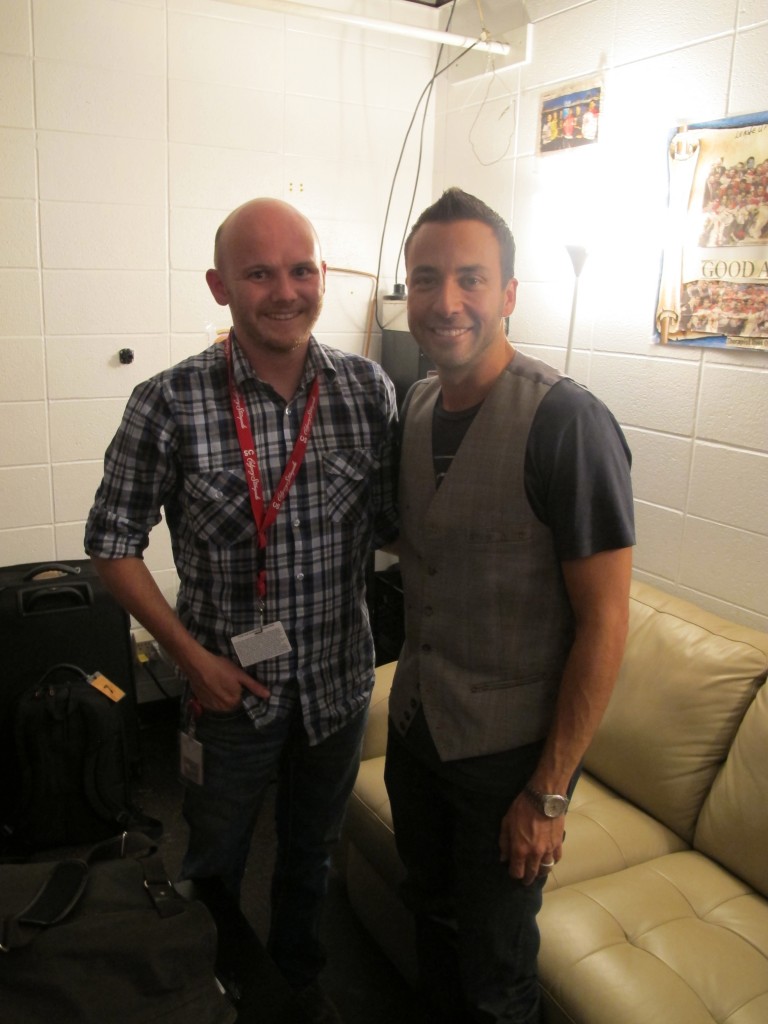 For more on Howie, make sure you check out his website. “100” is available for download on Itunes and Back To Me has a November 22nd release date.