Interview: Fecal matter, Veronica Mars and other important questions for...

I recently got to talk to actor Enrico Colantoni on the phone. You of course know him from shows like Flashpoint, Just Shoot Me, Veronica Mars and a new show Remedy, which premieres on Global this Monday. He’s got one of the most recognizable faces in the business and a voice that, well, he gives good voice. When we were talking on the phone, I would honestly get lost just listening to his voice. I mean, you practically heard it every week for the past 15 years on tv shows and movies. So, instead of transcribing the interview, I thought I’d let you listen to it in its entirety, so you can enjoy that voice just like I did. Don’t worry, I hear how creepy this sounds.

And make no mistake, I may sound calm, cool and collected but the fact that I was talking to Veronica Mars’ dad was blowing my mind. How many times had I listened to his voice react to the countless goings on Mars and her troublesome friends? At one point during the interview, I think you can hear me pinch myself! 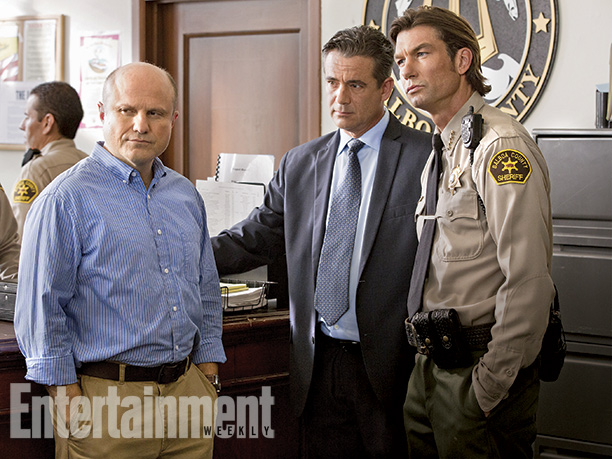 I promised myself (and the Shaw publicist) that I’d only ask one Veronica Mars question, even though as a backer of the film, I had millions of questions. But I was afraid if I asked more than one, I wouldn’t be able to stop.  So we talked about his new show, Remedy, a twist on the medical show as it features a family of doctors, lawyers and nurses all working in the same hospital. We also chatted about being sprayed with fecal matter, Colantoni’s decision to work from his hometown of Toronto and what diehard Marshmallows can expect from the Veronica Mars movie.

So grab a coffee, or wine and enjoy.  As this is my first audio post, let me know what you think!