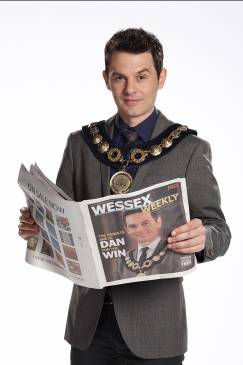 It’s been a long twelve months for fans of Dan For Mayor and its star Fred Ewanuick. Probably most known as the lovable Hank Yarbo on Corner Gas, his new series is about to enter it’s second season when it premieres tonight on CTV.

A lot can happen to a show in a year, and we’re not just talking about the fact that Dan is now the mayor of Wessex, Ontario. Gone are some of last year’s cast and the show will now have a different feel to it.

In my brand new interview with Fred, we talked about the show’s new direction, CTV’s delayed scheduling of the show and of course, the Canucks.

For fans of the showâ€™s first season, what can they expect to be different?
Fred: I think the obvious one is that Dan is mayor now.Â  Unfortunately, we lost a couple of actors because they got other jobs, but in a weird round-about way, it actually benefited the show.Â  In the sense that itâ€™s now centered around a central group of characters, so the stories are tighter and thereâ€™s not so many different story lines going on. So fans can expect it to be funnier!

Dan For Mayor has been off of CTVâ€™s schedule for nearly an entire year.Â  How have you felt about CTVâ€™s treatment of the show?
Fred: Well Iâ€™m not going to lie, itâ€™s frustrating, but Iâ€™ve got a pretty good grasp on how things work now, so I understand why itâ€™s happening, the way our industry is in Canada, the Canadian network schedule is dictated by the American network schedule and they want to get that to get that extra advertising dollar.Â Â  It makes sense, CTV is a private company, but it doesnâ€™t make it any better, it sorta feels like you are taking the backseat in your own country, which is frustrating, but you canâ€™t really blame them for making money. 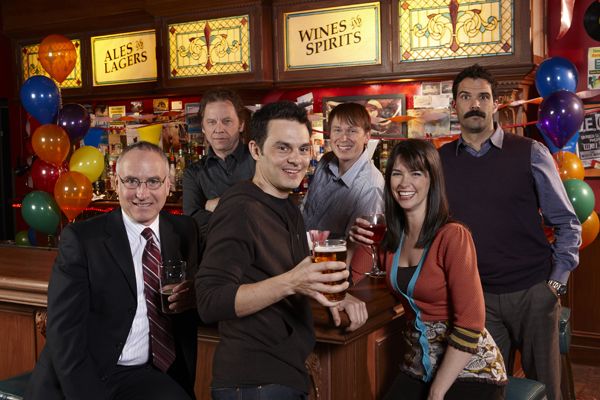 Does it help that the same thing has happened to Hiccups?
Fred: It definitely makes it a little easier to swallow when both shows are going through it.Â  If they picked their favourite and was giving the other show all the attention, then youâ€™d be likeâ€¦oh okay, I guess I know where we understand.

What are some of the highlights from the upcoming season?Â  Any scoop?
Fred: What I like that they did in this season is that itâ€™s not just making fun of Dan.Â  He is actually a proactive mayor and trying to do a good job.Â  Of course, he is naÃ¯ve and he doesnâ€™t know what heâ€™s doing and everyone around him keeps getting in the way, so Danâ€™s always in a little bit of a mess and heâ€™s got to try and get himself out of it. Some things look forward to is a rival mayorâ€™s pet goat, garbage issues and we meet the police chief.Â  And Claire is trying to get her life in order after moving from Vancouver.

Are any of the story lines from real municipal government life?
Fred: You know what, I donâ€™t know.Â  That all comes from the writers.Â  I do know that in the first season, there was a storyline from Edmonton. Funny enough, I donâ€™t read enough news to know for sure, but I should read more. 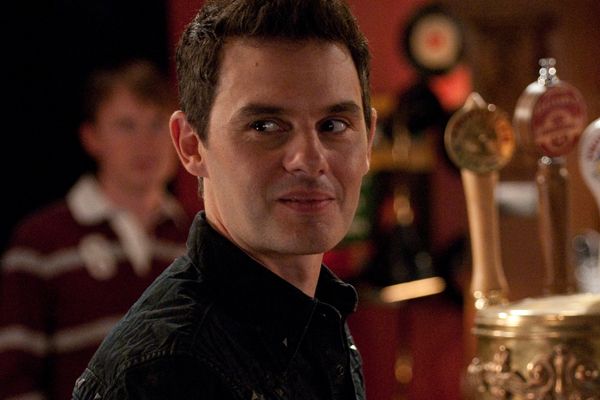 Both of your most well known characters (Dan and Hank from Corner Gas) are always the underdogs.Â  Whatâ€™s the best part about being the underdog?
Fred: Everybody cares for you! Nobody wants to play a character that no one likes, itâ€™s like the Vancouver Canucks! Â No one likes the Canucks right now, I guess itâ€™s cause we are the favourites. You always want to see the underdogs, like Boston, do well. Â Â One of the things I love about Dan and Hank is that they are honest guys, I like playing honest characters.

On Corner Gas, you were very much a part of an ensemble, does having the lead load feel like you have more responsibility?
Fred: Thereâ€™s definitely more responsibilityâ€¦and a bigger work load.Â  Dan is definitely the central character, but it doesnâ€™t feel like Iâ€™m the lead.Â  This season especially feels like an ensemble.Â  Dan being the mayor, is just the situation. Cause as the season goes on, the rest of the characters take up equal amount of time.