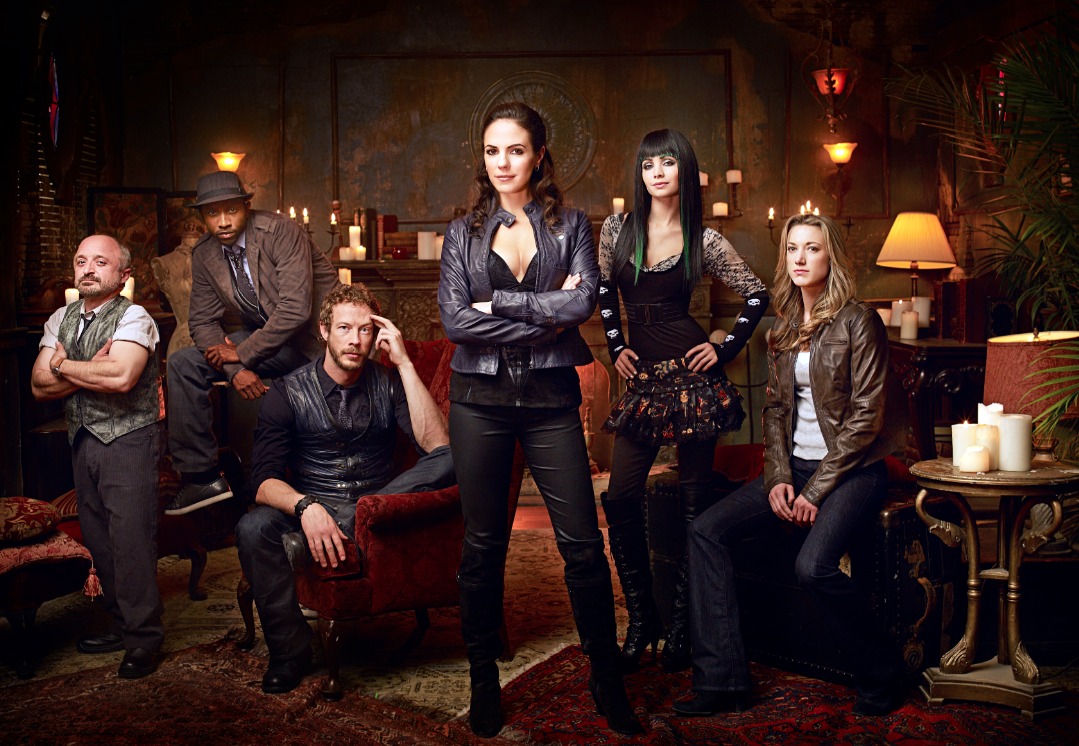 There aren’t a lot of Canadian shows like Lost Girl.Â  It’s dark, brooding, exciting and it’s whole plot doesn’t revolve around making fun of Canada. With nary a mention of a gas station, mosque or hockey,Â  yes, Lost Girl is a rare find indeed.Â  Part of what makes the show so unique, is its star Anna Silk, who plays Bo a succubus who fights to help those who can’t help themselves. Â  I’ve said it before, and I’ll say it again, in a world of copycat Buffy shows, Lost Girl almost does it better.

With the show about to kick off its second season, things could not be going better for Silk and the show’s stars.Â  They’ve just come off of two successful appearances at ComicCon and Fan Expo, the show has a two season pick up on SYFY in the States and its second season has been bumped up to an almost unheard of 22 episodes.

While doing a flurry of press for the show, I got the chance to chat with Anna, who grew up in my hometown of Fredericton.Â  During our chat we talked about the show’s loyal fans, her biggest challenges with the show and I may have snuck in a question about her Gemini nominated role on Being Erica too.

When you filmed the first season of Lost Girl, it was really untested waters.Â  Now that you know the show is a hit, how did that effect the production of the second season?
We started filming the second and we felt like fans really embraced the first season and you don’t want to let them down.Â  I really don’t think we have, this premiere is pretty awesome.Â  There’s also more excitement on set, soon after we started filming again, we found out about being picked up in the States and then shortly after that, we found out that we’d been picked up for 22 episodes.Â Â  Then I did Comic Con and Fan Expo and just to see the people that are excited about it, it’s really fun.Â  And on top of all that, we are still filming the second season, which is really exciting.Â  I’ve never been on something that is airing as we’re filming.

For people who’ve never seen Lost Girl, how easy it for them to jump into the second season?
I think people can very easily do that, I mean I think, if they can, people should see the first season (Click here to watch the entire first season.) But I think as long as they know the premise of the show, it won’t take them long to figure out the relationships and the world that Lost Girl plays in. I think what has drawn people to the show is the central characters and you can just jump right into that.

The character of Bo is funny and kick ass, which is more of a challenge as an actress?
Oh my god, I think they are both really challenging.Â  Comedy is really hard.Â  Kenzi (Ksenia Solo) is really the comedic voice on Lost Girl, but Bo definitely has her own humour and that’s been really interesting to develop and feel that out. And the action stuff is hard, I mean it’s really, really fun but the reality of a scene that looks incredible, with lots of action, is that it takes a long time to shoot. So physically, it’s very demanding.Â Â  But you have to be ready, you can’t just jump right into it, you have to be physically ready.Â  That was something I was able to do in between the seasons, because I really understood what that challenge was going to be. 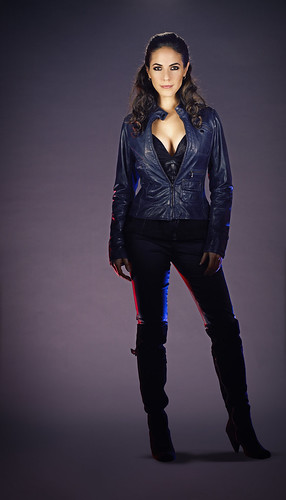 A lot of what Bo is going through is her destiny, how much does this role feel like your destiny?
I think that I started acting and my dream was to play the lead in the series, because I like television and I think there is really good television out there. I’ve always been drawn to really strong female characters and the thing about Bo, and I think this is probably why I was cast, she wasn’t just kick ass.Â  There were some other sides to her, that’s I why I feel like this role is meant for me.Â  Bo is very vulnerable, she has to push to be a kick ass chick that you see on TV. And that’s something very similar that her and I have in common.

Lost Girl has a huge online following, how much of the attention that the show gets on the internet effects the actual writing on the show?
I think the writers and producers really paid attention to the fans, it’s so accessible now. People can make a comment on the show and debate about it online, and it just gets heard. People do pay attention.Â  I think that the writers have created a second season that gives fans a lot of what they loved in the first season.Â  People really loved the relationships and they paid attention to that.Â  And I think we have a really strong second season, it has lots of adventure but the adventure really informs that main story line and the main character’s lives.

This season there is a mysterious (and creepy) little girl.Â  What’s it like to work with a young actress?Â  Does she look up to you?
She’s so present, she’s a really good actress. She’s 11 years old, she’s really quite young. She really rolls with it, she doesn’t really need any help at all. She shows up, she does her thing, she can change with the scene, she’s very present. I think that it is something that I can learn from her, she’s got it down.

Creepy girl alludes to something bigger for Bo.Â  Will that be something that we’ll be seeing all season long?
Yes, as far as I know.Â  She definitely comes back and there are things coming for Bo.Â  The great thing about this season for us, is that we shot this season in order, we didn’t do that the first season. And so that was a whole challenge in itself.Â  Now we get the scripts as they come out and the story is unfolding for us too, which is how the audience will experience it.Â Â  For now, there’s definitely darker things coming for Bo. She’s smarter and stronger this season, she can’t be so cavalier about her lack of joining the Light or Dark.Â  She has to realize that her actions have consequences that effect the people that she loves, which is now the only family she has now. It’s a re-occurring theme.

Growing up in New Brunswick, did you ever imagine having an entire marketing campaign based around you?
Well it’s so strange to me, because growing up I always loved this industry, just like you do. I would really sort of look at other actresses and their interviews and I would pay attention to what they said, it makes you feel like there is something around them that is swirling around.Â  But I get what they were saying when they say things like, “It’s strange to get this response.”Â  It was strange at Fan Expo to have people come up and get really emotional about meeting you, but I think it’s great.Â  But it is a strange feeling, because I don’t feel like I’m this other worldly person. 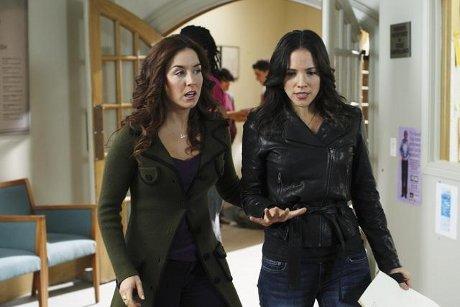 Okay, let’s get off topic for a second: Will Cassidy be making an appearance in the fourth and final season of Being Erica?

I don’t think so, I would love it.Â  It’s literally just a matter of were both filming at the same time, I’m just not available.

That would be kinda cool, Erin and I have talked about it!Â  As far as I know, Cassidy won’t be showing up and it’s too bad because she’s such a great character!