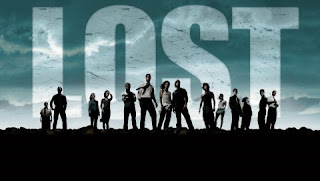 Next week is my absolute favorite week of the entire year. I mean of course besides my birthday week!(which is this week)

Next week is when all the networks announce their new fall schedules. We’ll find out which shows will make it and which ones won’t. (Come on Veronica)

But over the past several weeks networks have been slowly releasing information about shows that have been picked up for next season. Today was no exception.

NBC announced that they’ve picked up Medium for a 3rd season. Did anyone even know this show was still on. I was all over the first season, but since then I’ve just lost interest. Haven’t you? While it’s renewal doesn’t necessarily upset me. I’m holding judgment on how I feel about it until I see what shows they actually cancel. Those are risk include Law and Order, Law and Order: Criminal Intent and Friday Night Lights. While I’ve never watched FNL gets punted (ha!) and while crap like Las Vegas and Medium stick around.

Also it was announced today that ABC has renewed LOST for three more seasons. To take a line from SNL’s Weekend Update: “Really?!?! ABC, Really?!?” The executive producers had talked about ending it next season, which I was Ok with. I mean if anyone has stuck around with it since the beginning like I have, the prospect of not having all the answers for another three years makes me want to….well…pull out my hair. Granted they will be three shortened seasons with only 16 episodes each, but I kinda felt like they were getting ready to wrap things up! Am I the only one?

*********
With only three sleeps until the big day, here is today’s completely unreasonable gift idea. If you hurry, you can express post it.