I'm not lying to you! 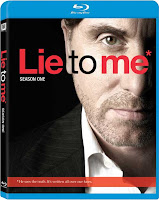 I really do. Â I could probably count on one hand the amount of times I have watched CSI or Law and O
rder. Â Not to mention the thousand other crime shows that pollute on televisions, whileÂ wondrousÂ shows like Friday Night Lights barely gets noticed.
So I was reluctant, if not annoyed, when Lie to Me (on Blu-Ray today!) showed up in my mailbox last week. Â The show, which had a mid-season run earlier this year, is about a scientist , who can tell almost immediately if a person is lying. Â Wait, I know what your thinking, “Silly Mike, that is what The MentalistÂ
is about!”, and you wouldn’t be wrong. Â But where the Mentalist is for our grand-parents and Simon Baker-ogglers, Lie To Me is surprisingly entertaining.Â
I think it’s mostly because you can try to play a long. Â You try to figure out which character is lying and more importantly how they are lying. Â It’s not so much about what they are not telling the truth about, it’s how you figure out that they are lying. Â It’s very interesting and can become very addictive. 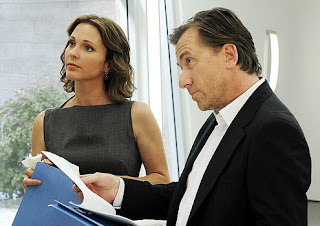 After watching the first handful of episodes, I began to stare at everyone to see if they were lying. Â I would look at the way their face would twitch or how their hand flinched. My friends, my bosses, my co-workers, my mailman. I was obsessed. Â But can you blame me? Â Mailmen are soooooÂ shady.
I’m glad I ended up checking out Lie to Me. Â It was a lot more fun that I thought it was going to be and didn’t leave me feeling gloomy about how dangerous our world could be. Â Out of all the shows that I get theÂ opportunityÂ to watch, Lie to Me is the rare one that I can’t wait to finish… for the right reasons.Â
And I’m not lying.