If Americans can do it, so can Calgarians. 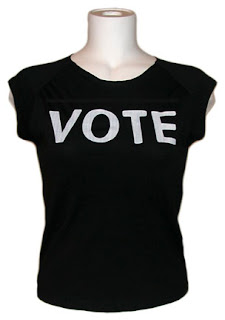 â€œVoting is a privilege that so many of us do not take advantage of.â€

Itâ€™s election time around Calgary which means statements likes this are made nearly as often as complaints about the packed C-trains: that is, every 7 minutes. Voting for Canadians is kind of like how people who have pools in their backyards never use them. Sure, in concept itâ€™s a good idea, but you donâ€™t appreciate it until your friends come over and want to splash around with pool noodles.

It is also around this time of year that we start hearing why people donâ€™t vote. â€œI donâ€™t know the candidates well enough,â€ â€œI am busy that night,â€ and â€œI have trouble putting Xâ€™s in boxes,â€ are all common excuses, but of course we should all know none of them are acceptable.

In todayâ€™s day and age it is practically impossible not to know every thing about the candidates running in your ward or for mayor. Most candidates have impressive webpages and facebook groups. Such Internet projects are excellent resources for the uninformed voter because, itâ€™s a great way of getting to know the candidate without having to listen to their obvious political rhetoric. You can find out everything you want about the candidate without having to meet them; I guess itâ€™s kind of like Internet dating.

For years now there have been examples of less than ideal final results when the voting public doesnâ€™t turn out. Remember when Ruben Studdard won American Idol 2 over Clay Aiken? Shocking. Donâ€™t even get me started on Chris Daughtry and his early dismissal from the competition that eventually went to Taylor Hicks. What about here in Canada? Do you remember Greg Neufeld? Exactly. 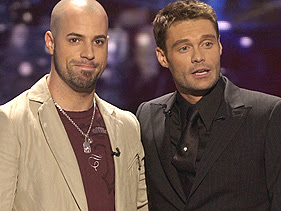 My parents always told me that if I didnâ€™t vote, then I didnâ€™t have a right to complain. And although I am not one to necessarily agree with them on many issues, I agree with them here. The voting process can take a total of 10 minutes and can affect the next three years of your life. Who knows what would have happened to Calgary if Mayor Dave hadnâ€™t won back in 2004? Maybe we wouldnâ€™t be in the housing crunch we are now? But maybe we would. But itâ€™s all hypothetical, especially if you didnâ€™t vote. Imagine if someone just moved into your house, took over your mortgage/lease, and told you what to do and how much you had to pay to do it. Imagine if you had no say at all? Well, that is what you are doing when you donâ€™t vote. You are letting someone else make decisions for you. And as someone who struggles to make my Mission rent every month, I certainly donâ€™t want the residents of Mount Royal making my decisions for me.

The other issue that faces voters is the timing. Trust me, I am no happier than you that Election night falls on the same night as Heroes and I am fairly certain that Lauren and the rest of the girls of The Hills certainly didnâ€™t plan go up against a municipal election, but what are you going to do? Well there is advance polling, not to mention that the polls are open all day on the actual Election Day. Also, I think I saw on Ally McBeal once that legally most places of employment have to give you at least some time off of work to vote.

Last time Calgary voted the turnout was 18%. Read it again if you have to, itâ€™s still true. With so many new Calgarians living in the four quadrants we actually have the opportunity to make a difference. By voting, we show city hall that they canâ€™t screw around, we show them that they have to held accountable and we show them that next time they should check the TV schedule ahead of time before scheduling an election.