Also Available on The Q

The Oscars have always been important. They represent for moviegoers a night where we can all sit around the TV and watch one of the most prestigious awards ceremonies around. It also allows us the opportunity to figure why weâ€™ve never heard of most of the movies nominated and where we will ever be able to see the winning short film, animated or not.

Tonightâ€™s nearly 4 hour ceremony offered up one of the most exciting, dynamic and internationally renowned in Oscars history. As an audience we watched host Ellen Degeneres whisk us through the awards. The reason that Ellen worked as a host was because she always represents her fans. If you had the chance to meet Clint Eastwood, wouldnâ€™t you ask for an autograph? Or give Scorsese your screenplay? She captures our feelings and excitement towards the biggest movie stars in the world and does it all without imposing on them. Unless you count vacumming up Penelope Cruzâ€™s dress imposing. I mean really who doesnâ€™t love Ellen.

So now that the big show is done and Beyonce can finally stop living in Jennifer Hudsonâ€™s shadow, it is time to reflect.

For me, several things about the Oscars worked. For every awkward shot of Jerry Seinfeld, Leonardo Dicaprio or Clint Eastwoodâ€™s daughterâ€¦I mean girlfriend, there were lots of great shots of the hilarious Meryl Streep and the striking Helen Mirren. For the record, although tt was great to see her win for The Queen, it still didnâ€™t help me forget that she starred in Teaching Mrs. Tingle. The same to Forest Whitiker, The Panic Room will not be forgotten. 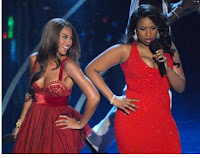 Speaking of awkward, Iâ€™m still trying to figure out what was going on during the Best Costume portion of the evening. Although I did enjoy listening to Anne Hatheway trying not to laugh at the characters wearing the costumes, I think it was the fake Eddie Murphy singing into his hand that put her over the edge. To top it off, the eventual winner of the award called the Oscar statue a doll, maybe thatâ€™s why Michael Jackson has always wanted one? (A low blow? Discuss.)

My favorite movie of the year, Panâ€™s Labrynth, did quite well for a movie that most people outside of Entertainment Weeklyâ€™s subscriber list have not heard of. Although, it was robbed of itâ€™s Best Foreign picture Oscar by a movie calledâ€¦umâ€¦ohâ€¦thatâ€™s not good.

Another one of my favorite movies, Little Children, went home empty handed. But I wanted to take this moment to remind all of you to see it. It is an amazing movie and will leave thinking, but not in the same way that Reno 911: Miami did. Please see it. (Little Children, not Reno 911:Miami)

Other highlights for me included, Will Ferrell, John C Reilly and Jack Blackâ€™s hilarious song. Itâ€™s true, comedy usually doesnâ€™t have a place in the Oscars. Unless, like me, you found the sight of Eastwoodâ€™s girlfriend wiping off his crotch during Martin Scorseseâ€™s Best Director speech funny. Also, watching Peter Oâ€™Toole pretend he knew who Jack Black was, is proof alone of why is such a talented actor. The adorable Abigal Breslin and the impatient Jayden Smith practically stole the show. And when someone can explain to me how those silhouette dancers were able to form all those representations of different movies, I would much appreciate it. Well done!

Iâ€™m still unsure how I feel about the Elements in Motion piece. That was the one that showed the choir that did all the different sound effects. I found it creepy, but then I got to thinking about the auditions to join such a choir. What would they entail? It struck me as funny. It still does.

So with the Oscars done for another year, I think back on the events of the evening with fondness. There were no incredibly boring moments. There were some boring moments, but none of them incredible. As predictable as they may have been, Iâ€™m happy about the winners and even happier that Jennifer Hudson got the opportunity to put American Idol far far away from her. I just imagine Bucky Covington plotting his own Hudson type comeback. It would probably be called Dreamhicks. Hey Bucky, talk to Marty Scorsese, I hear he takes scripts from anyone.

Good Night dear Oscar, canâ€™t wait until next year. (Hopefully Phillip Seymore Hoffman will have time to find a brush by then.)

Also….There was a real fun Oscar live blog going on during the Oscars (obviously). I didn’t find it till near the end of the ceremony, but it was still fun to read afterwards.