I saw Justin Bieber on tour…so you don’t have to.

Of all the crazy things I get to do with with this blog, going to a Justin Bieber concert wasn’t exactly one that I was dying to do. But this past Friday, after scoring some seats from the tour’s sponsor Ubisoft’s Just Dance 4, I thought, why not? Millions of people all around the world can’t be wrong, can they? CAN THEY? 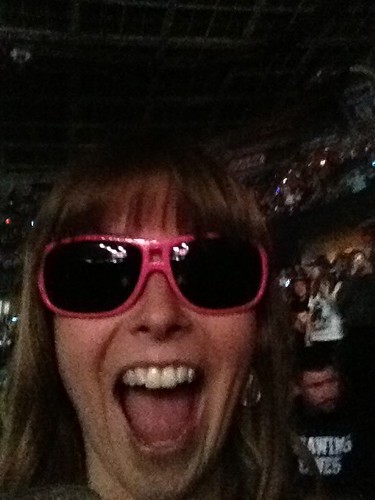 I asked my friend Minnie to come to the concert. Earlier this year, she threw herself a Justin Bieber-themed birthday party, so I knew if, all else failed, she would have a blast. (This experience also revealed to me that I have zero tweens in my life. That’s also probably why I can never find anyone to talk to about Degrassi.)As it would turn out, Minnie wasn’t the only one that had fun at the Justin Bieber concert, much to my surprise I may have a had just as much fun…or even more.
I already hear some of your skinny jeans getting all bunched up, but I’m one of those people that believe you should be able to go to any concert and have fun. It doesn’t always have to be about great songs, fantastic voices or whatever else makes a show enjoyable for you. Me, I can go to a concert and just have a blast, which is exactly what I did at the Justin Bieber concert. As a performer, I think Bieber is still struggling to be the next Timberlake, whic his a lot way off, but at least he’s having fun trying and the Biebs does know how to put on one hell of a party. For nearly two hours, Minnie and I danced, laughed and partook a few beers, thanks to the practically non-existent beer line-ups. (Thank goodness for age restrictions.) 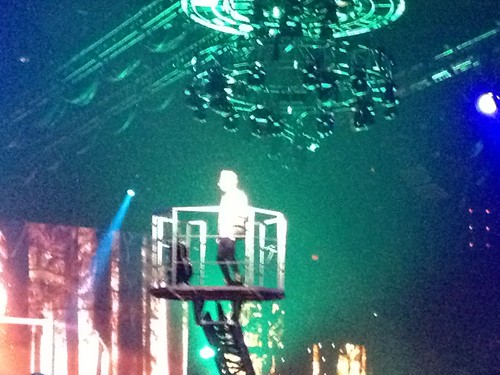 I’m not sure if this is surprising or not, but this was actually the third time I had seen Justin perform. Once was in St. John’s at the 2010 Junos. I remember it so well because the typical screams from his teenage fans were replaced with silence, likely due to the tweens being in awe of seeing their idol. The second time was a few months later at the MMVAS, where he won three awards and also performed. (Actually, I just remembered I have video of him backstage answering questions about puberty, of all things.)

But this weekend was the first time I saw “The Biebs” in a full out concert.

While the concert was fun, it wasn’t always particularly interesting, so I sometimes found my eyes drifting around the crowd to see who else was having a good time. It sounds cheesy, but I actually saw some really great people. There were the dads who turned in their pride to make sure their daughters had a good time. The little girls dressed up in tutus and dozens of parents who likely shelled out hundreds of dollars, just to make sure their kids had an unforgettable experience. Whether you like Justin Bieber’s music or not, it’s still amazing to see that many people happy in one space. 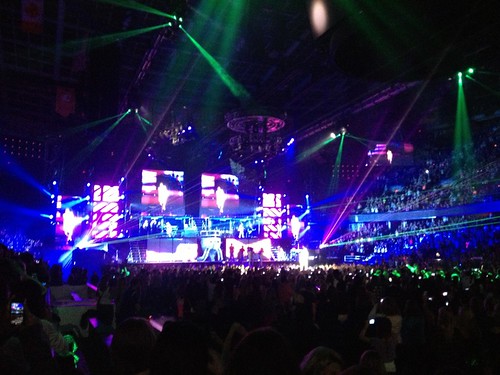 I’m interested to see what will come of Justin Bieber. What will happen when he doesn’t produce a big album, or when his internet stunts eventually go stale. Or maybe he won’t fade away at all. As witnessed at his concert, he seems very grateful for the life that his fans have given him. And yes, I’m grateful to have seen him perform, maybe so I can someday say, “I remember when I heard “Baby” live.”

God, I hope I never say that.

If you wanna know how loud the concert got, he’s my footage of the first three minutes. Needless to say, you’re going to want to turn down your speakers.

Before the concert, we thought we’d warm up by playing a little Just Dance 4, which was set up in the lobby. We didn’t meet Justin, but I still think it was the luckiest night of his life.