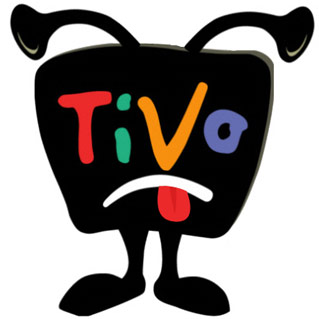 This blog is also available on Huffington Post Canada.

As life gets busier and busier, I find quality time with my friends and yes, my television becoming more and more rare, which is sad, because before Facebook, Twitter and even ICQ, some of my best friends could always be found on television. Nowadays, like in real life, when I do get time with my friends, I want it to be meaningful. I want to enjoy what they have to say and not feel rushed to get through their stories about bad dates or trips to the hospitals. (My friends are very accident-prone.)

With DVRs becoming a living room staple, I feel like it’s changed the relationship I once had with my television shows, and not for the better. Now, if I’m finding a show boring, I can now simply fast forward through it. If a series has lot my interest, I can just delete it and if I’m not paying attention and I happen to miss a Nancy Grace nipple slip, I should be punished, not rewarded with the power of a rewind button. Since you can’t do any of these things in real-life, why do we do it to our TV shows? 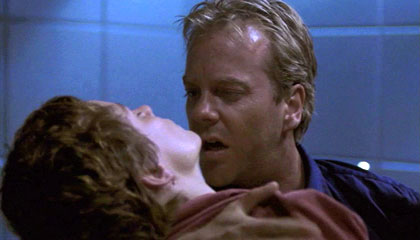 For the past few weeks, in an effort to repair my fractured relationship with TV, I’ve purposely been watching The Amazing Race live, commercials and all. And even though I’ve never missed an episode before, it’s been years since I was this excited about the show. By watching it live, I’ve find that the roadblocks and eventual race to the finish line are much more exciting. Especially because you can’t fast forward to see who gets eliminated. Even better, by watching it live, there’s zero chance of people ruining the show by updating their Twitter or Facebook feeds with the results. Remember how shocking it was when they killed off Teri Bauer in the first season of 24? Nowadays, a shocking ending like that, would easily be spoiled by someone you went to science camp with.

Of course, one of the biggest arguments in support of DVRs is the machine’s ability to skip commercials, and while I hate those Geico commercials as much as the next guy, we are also depriving the next generation of amazing commercials, like the iconic Heritage Canada spots. What Canadian doesn’t hear the name Patrick and think “Patrick, Patrick O’Neil.” Who doesn’t smell burnt toast and immediately wonder if they are having a stroke, or see an Inukshuk and whisper to themselves, “Now the people will know we were here.” Is it not upsetting to think that we wouldn’t have had these memories if DVRs had existed in the ’90s?

I’ve learned that watching live television also means that you never miss a second of the show you are watching. In our DVR culture, we’ve gotten used to the final few minutes of our favourite sitcoms or dramas getting cut off, meaning we often miss the funniest jokes, or twists in key plot lines. Case in point, I’m still emotionally reeling from missing Patricia Clarkson’s first scene on Parks and Recreation a few weeks ago.

In a way, I feel like an old man defending driving without a seatbelt. After all, for years, we drove with out the safety device, and everyone was just fine, right? But if hipsters can bring back vinyl, then maybe I bring back sitting in on the couch and watching live television, even if it is Battle Of The Blades.