How to spend 24 hours in the West Edmonton Mall...

After 35 years, the West Edmonton Mall is undoubtedly synonymous with the Albertaâ€™s capital city. For first time visitors to Edmonton, the mall is almost always a must-do, and even for people like me, who visit Edmonton several times a years, I always have a blast whenever I pop into the mall. And Iâ€™m not the only one.

Every year, more than thirty two million people visit the West Edmonton Mall. Thatâ€™s almost the entire population of Canada. And I can definitely see why.

If youâ€™ve never been to the mall, or maybe you have visited in a while, the West Edmonton Mall has changed quite a bit over the years, while still maintaining some of the things that make it such an impressive attraction. The mall now features a clean, sleek and modern look, which makes it look like it was almost built just yesterday. There’s hardly any brass anywhere. 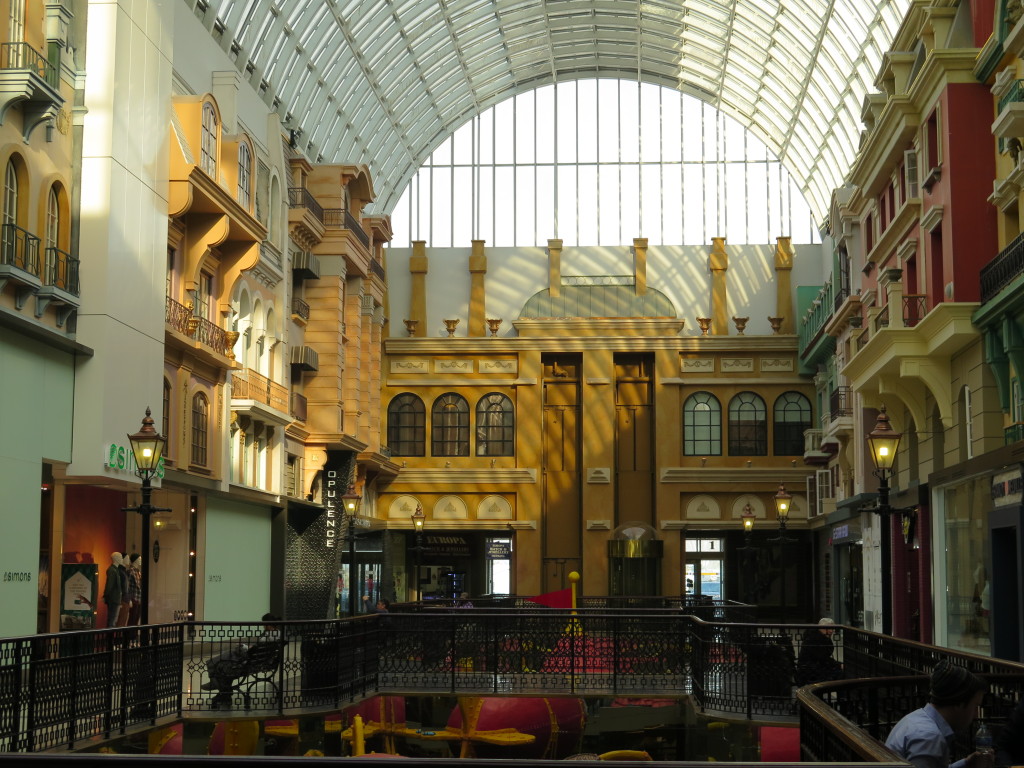 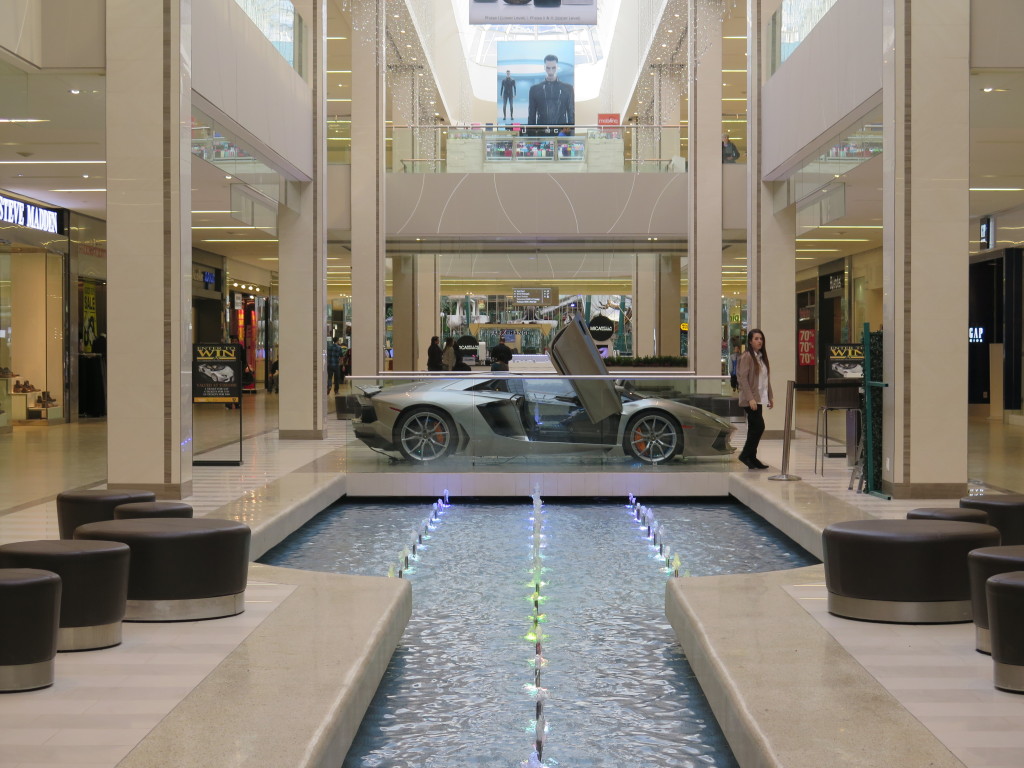 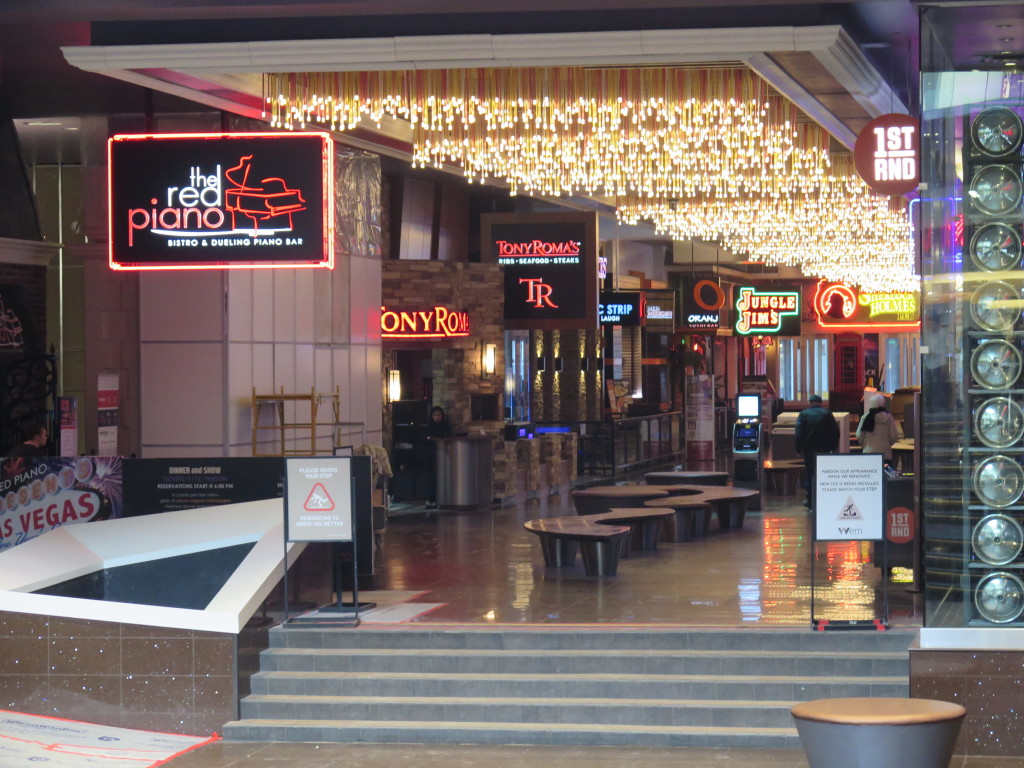 First things first, make sure you book at a room at the FantasyLand hotel. Until my most recent trip, I never realized how handy it would be to have a hotel room in a mall. Not only is it convenient, it makes dropping off bags, changing your clothes and midday mini-naps so much easier. The FantasyLand hotel is of course known for its unique theme rooms. Some of its themed rooms include the Roman room, the modern Polynesian room, Hollywood nights, Western, Victorian, truck, Â and the Arabian theme, just to name a few.Â You might wonder why youâ€™d want a theme room, and I might wonder why not? I love that the FantasyLand puts the fun back in hotels. 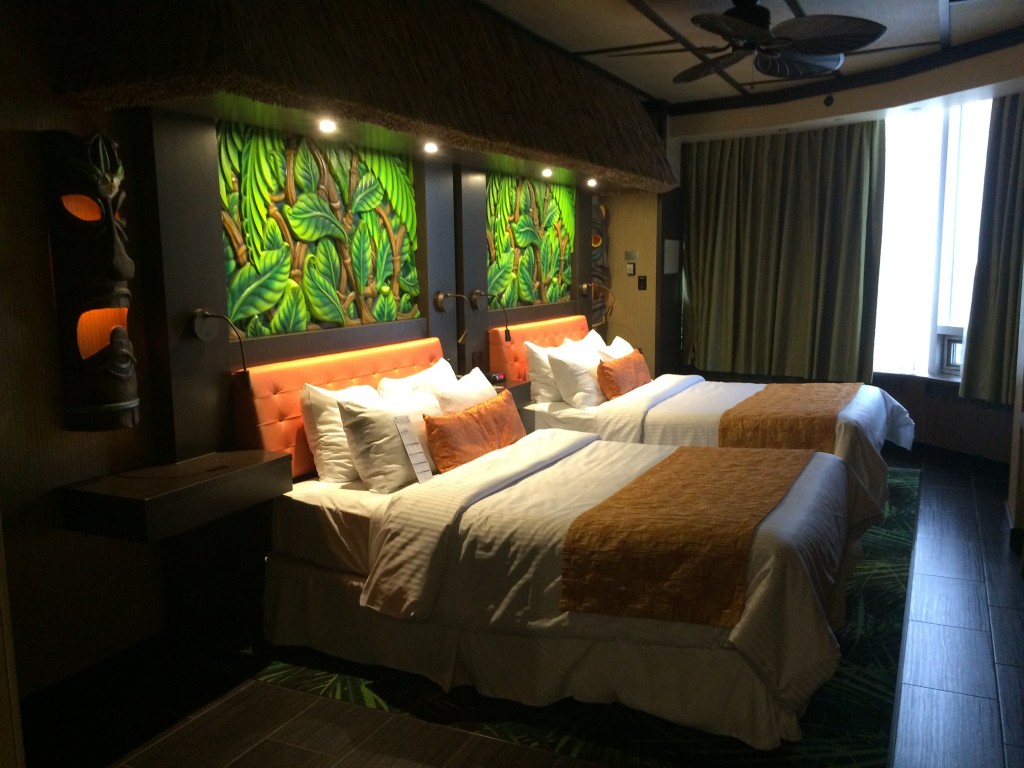 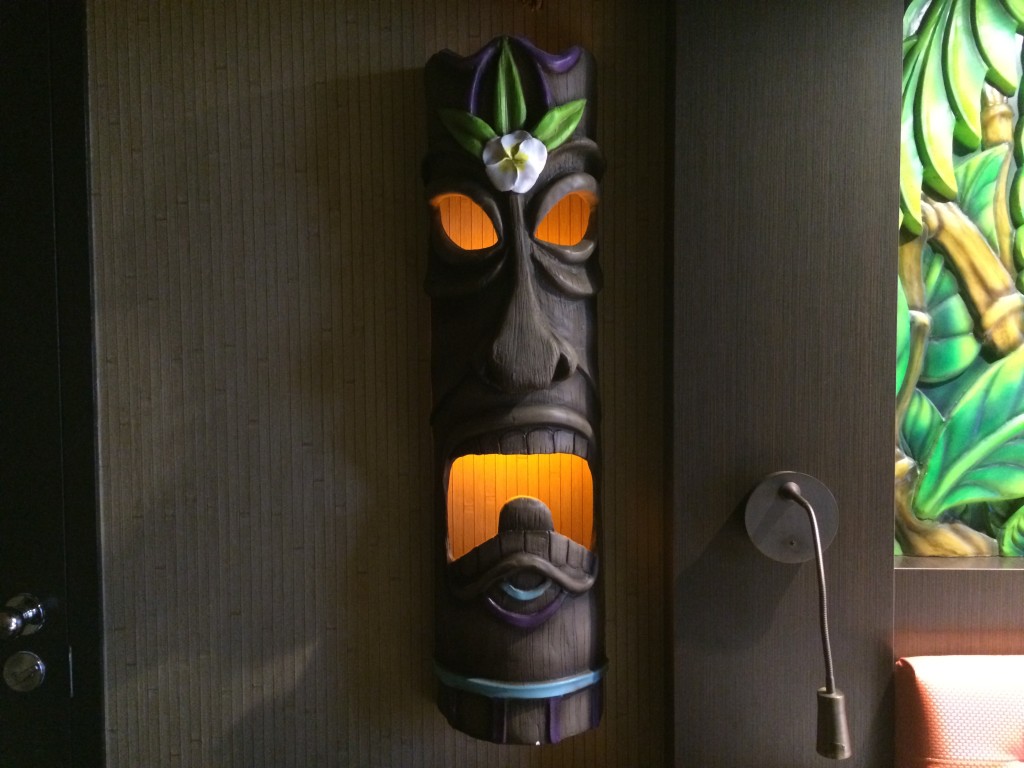 Let me tell you, when itâ€™s cold in Edmonton, thereâ€™s nothing that instantly warms you up more than waking up in a room that makes you feel like youâ€™re somewhere in the Polynesia. The fact that all the mallâ€™s attractions are just a few feet from your room is just icing on the cake! If you do end up booking a room at the hotel, make sure you check to see if thereâ€™s any special promotions. Usually you can get a sweet deal on passes to the waterpark or amusement park.

For me, the best part of the West Edmonton Mall is the World Waterpark. Iâ€™m not ashamed to say that I go to the waterpark several times a yearâ€¦by myself. I really need to find some more friends that love waterslides as much as I do. And whatâ€™s not to the love? Over the past couple of years, the World Waterpark has added some fantastic new slides that are both thrilling and yes, slightly terrifying. 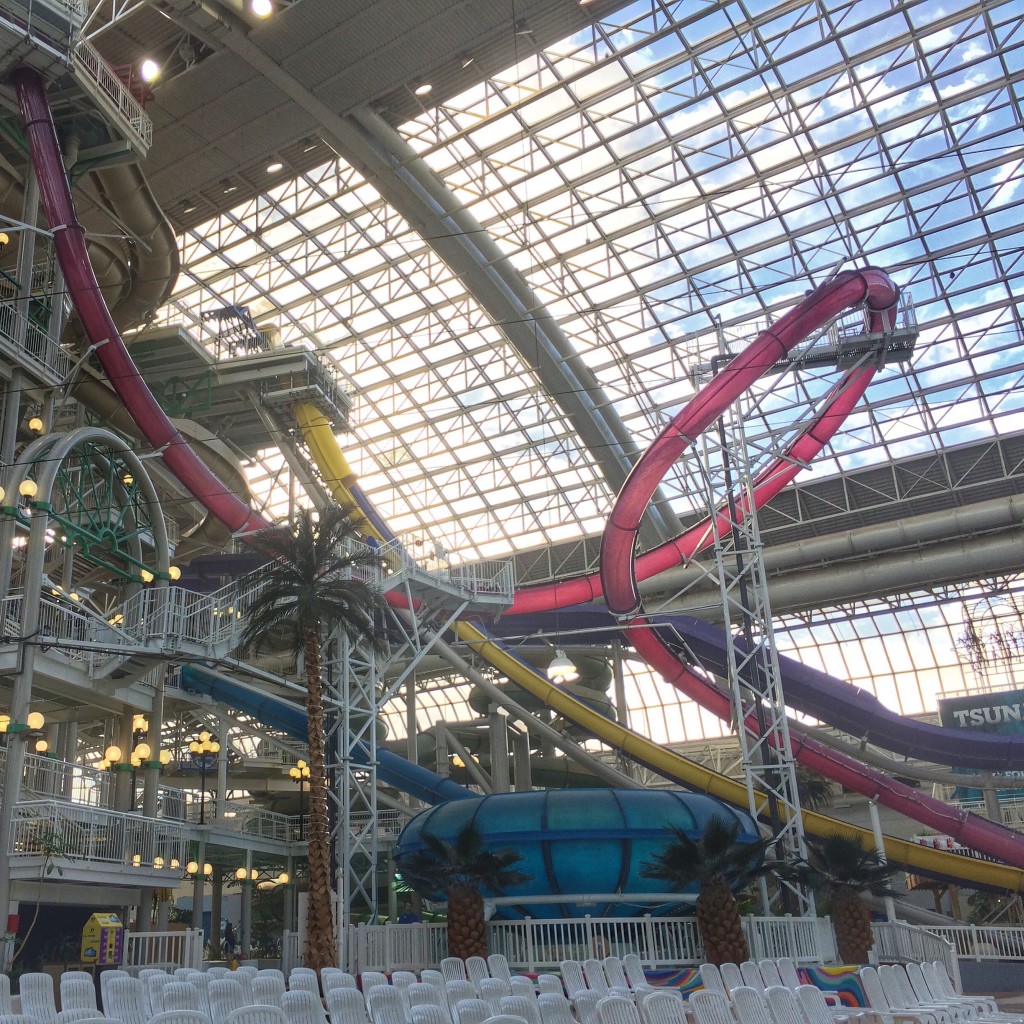 The Cyclone is one of the worldâ€™s most extreme slides and frankly, Iâ€™ve never seen anything like it. The slide starts by dropping you through an anxiety-inducing (but fun!) trap door and in a matter of milliseconds gravity has you shooting through a water filled tube, all before a gravity-defying loop and eventual splash down. Itâ€™s over before you even know it started. I do it every time Iâ€™m there. Itâ€™s awesome. But if youâ€™re looking for a less thrilling experience, the waterpark has a ton of really fun slides, not to mention that the waterpark is always a toasty 30 degrees. That means on a normal day in Alberta, there could be a thirty to fifty degree difference from outside and inside at the waterpark. Why wouldnâ€™t you love that? How great is it that instead of having to hop on a plane to enjoy the sun and surf of a tropical climate, you can simply walk inside the West Edmonton Mall. As long as Iâ€™m alive, that will never get old. 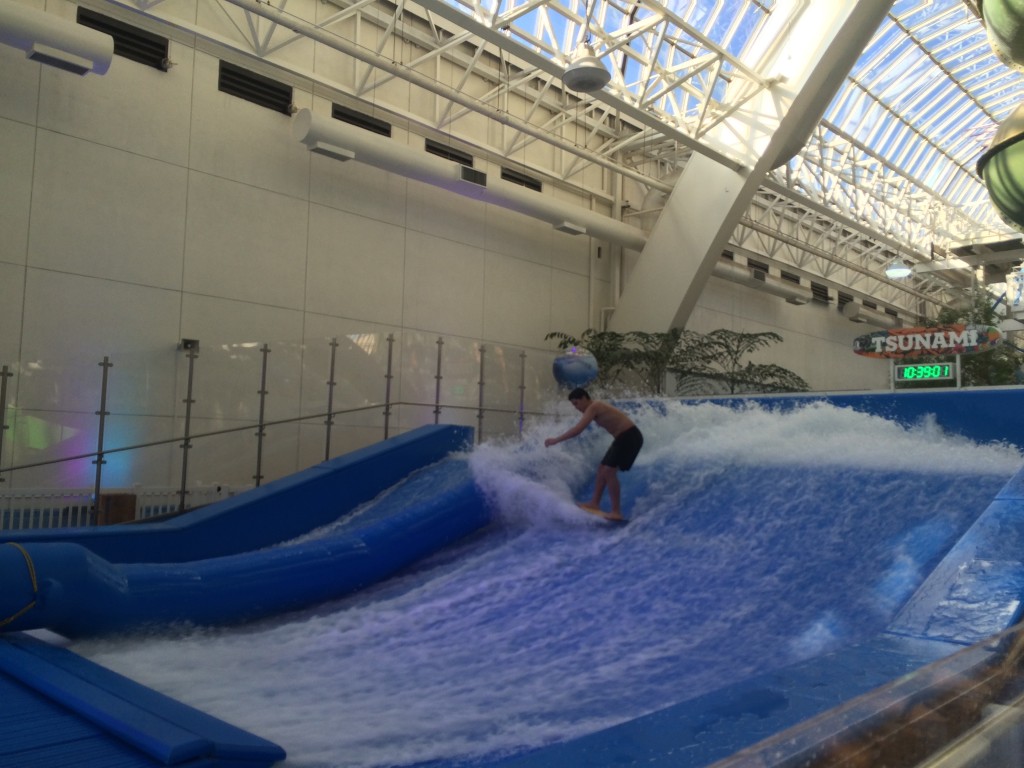 Almost as fun as the waterpark is Galaxyland, the aforementioned amusement park located in the mall. Iâ€™m a big roller coaster fan, so remind me to tell you the time I crossed Edmonton in a blizzard simply so I could go on the triple loop Mindbender. The ride is so fun/scary, that the last time I was at the mall I chickened out and waited until the next day to do it. And this is a rollercoaster that Iâ€™ve done before. 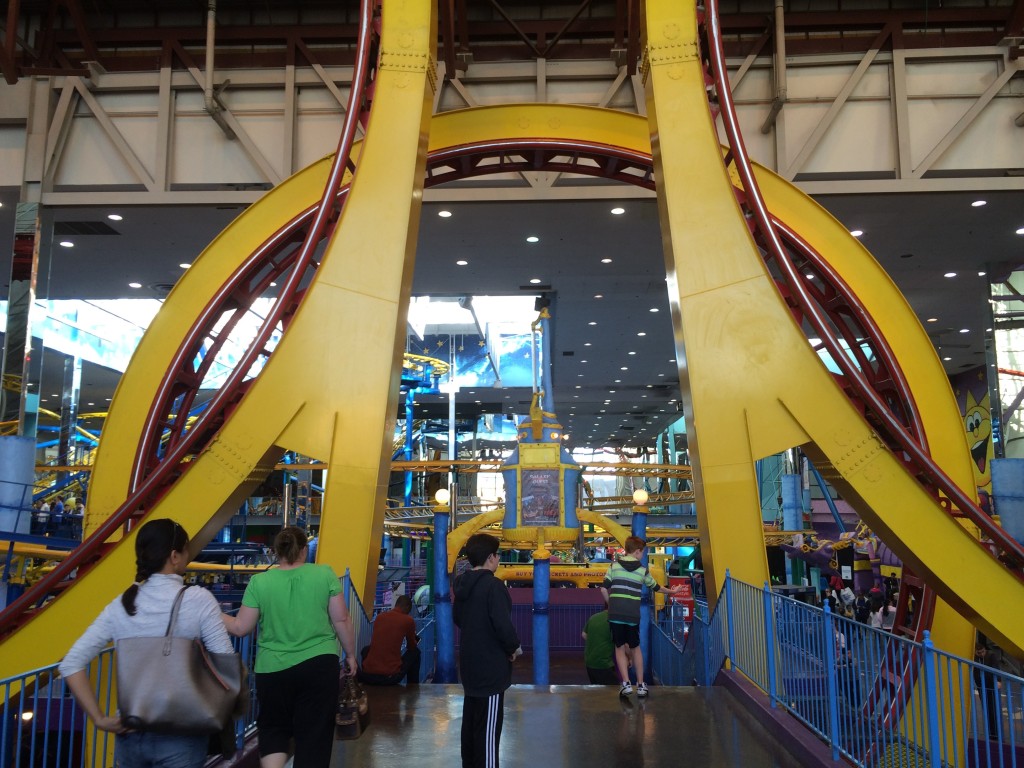 A great alternative to the Mindbender is the Galaxy Quest 7D Experience, which combines a virtual rollercoaster experience with a shooting gallery. Itâ€™s interactive and keep score as you compete against the other people on the ride with you. I, of course, got last place, but it was still a ton of fun. 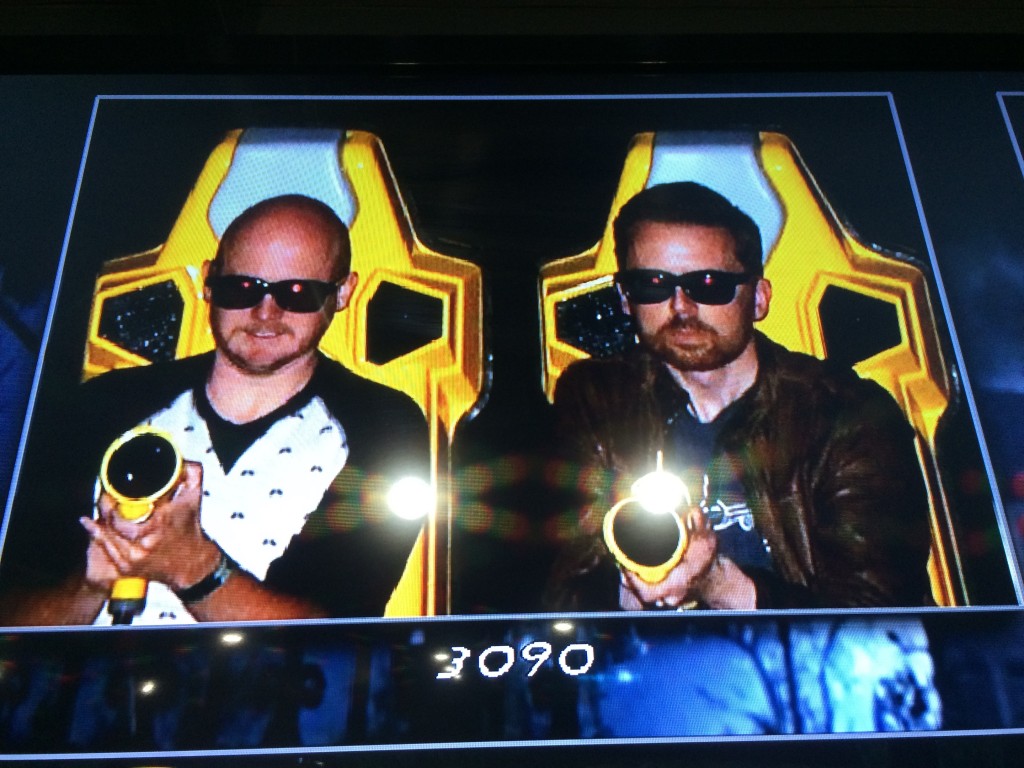 After a day of waterparks and rollercoasters, I love that you can completely change things up and find yourself at the The Red Piano Dueling Piano Bar and Bistro. 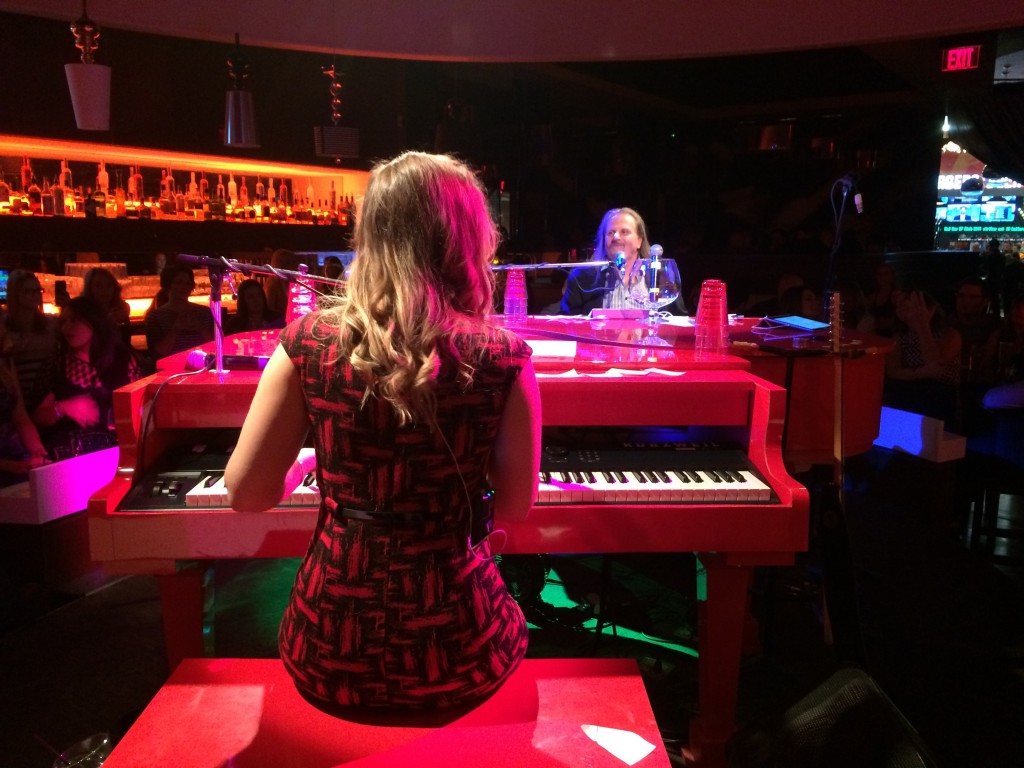 I had never been to one before and it was really a blast. I think my ab (singular) is still sore from laughing so hard. A word of warning though, you should know that management take their dress code seriously. Their dress code is a business casual and I wasnâ€™t wearing a dress shirt and was told I wasnâ€™t going to be allowed to enter. I wasnâ€™t mad, I like dressing up and rarely have the opportunity to. Luckily I was staying at the hotel in the mall, so I quickly went back to my room in changed. It was nice being in a room full of adults dressed nicely. Iâ€™m not in those types of rooms very often. 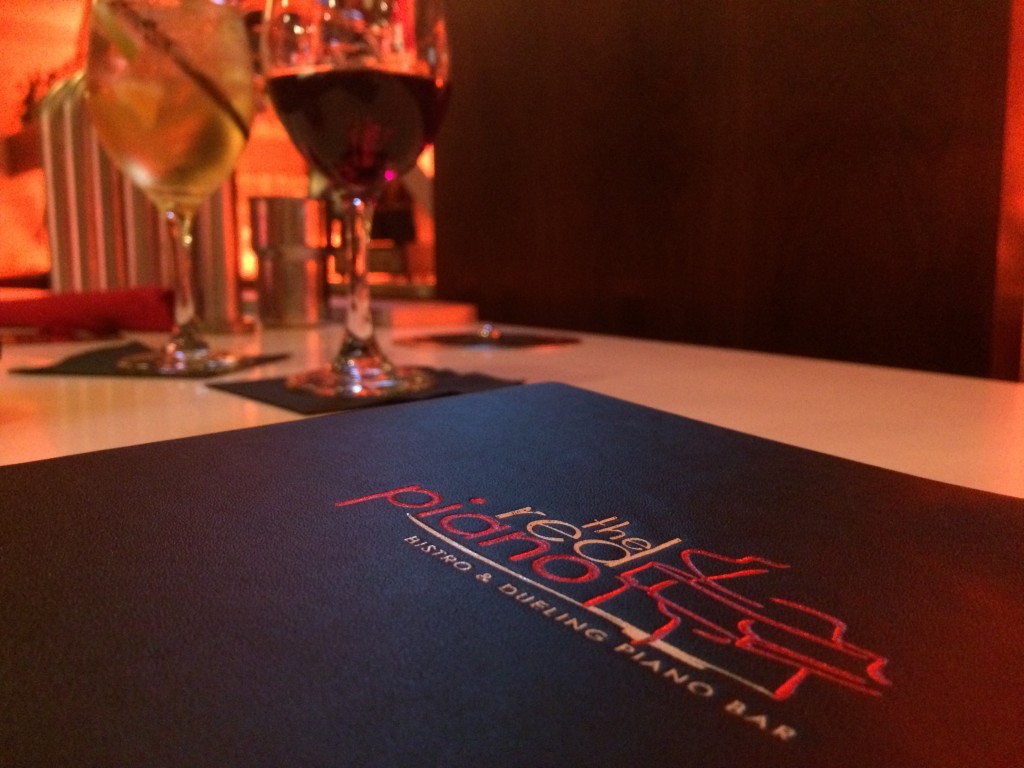 Then of course thereâ€™s the shopping. More specifically Simons. I think I popped into the store three different times over our stay. Calgary is due to get one in 2017, but thatâ€™s a long ways away. And the West Edmonton Mall has one now. For me, itâ€™s reason enough to cancel all your plans and visit the mall as much as possible. Dramatic sure, but itâ€™s such a great store I canâ€™t help but be dramatic and excited about it! 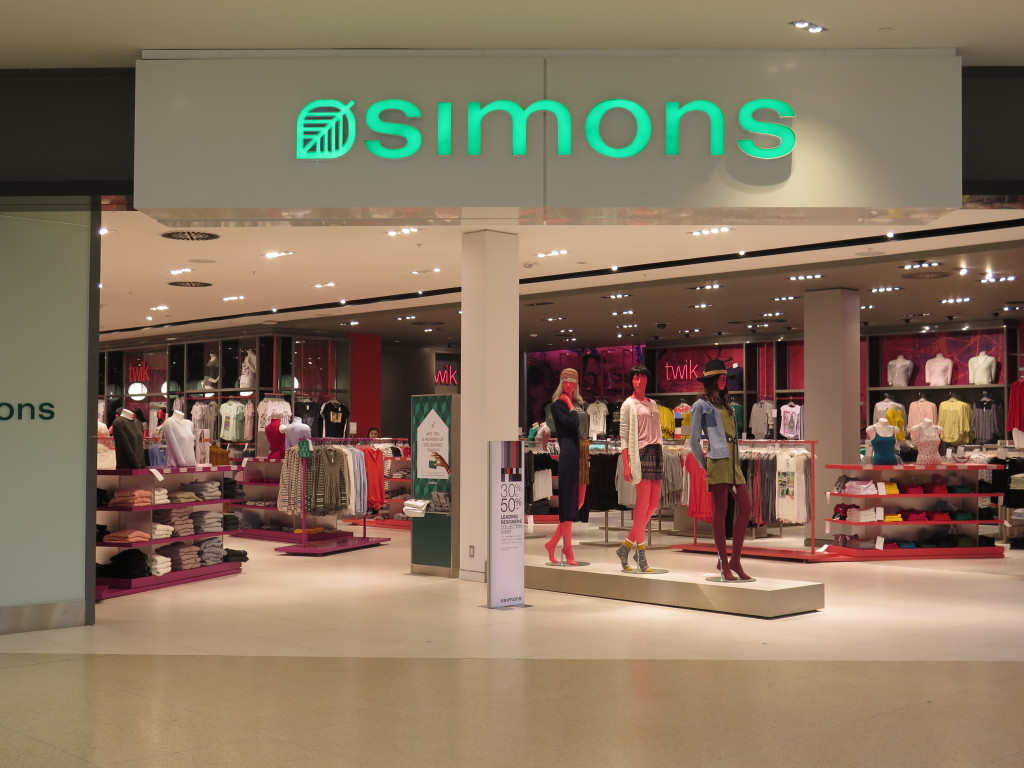 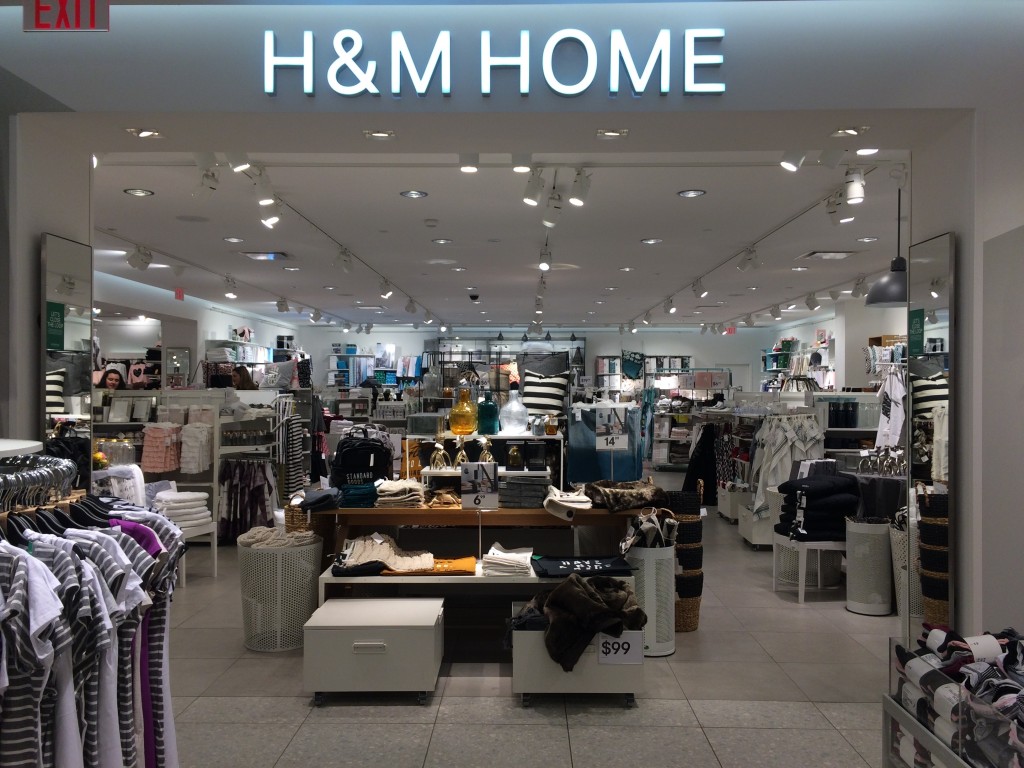 Another shop I was excited to discover was Canada’s only H&M Home, a boutique set up in H&M which specializes in homeware. Â But there really is something for everyone at the mall. It’s fascinating just how many nooks and crannies there, packed with really great stores. 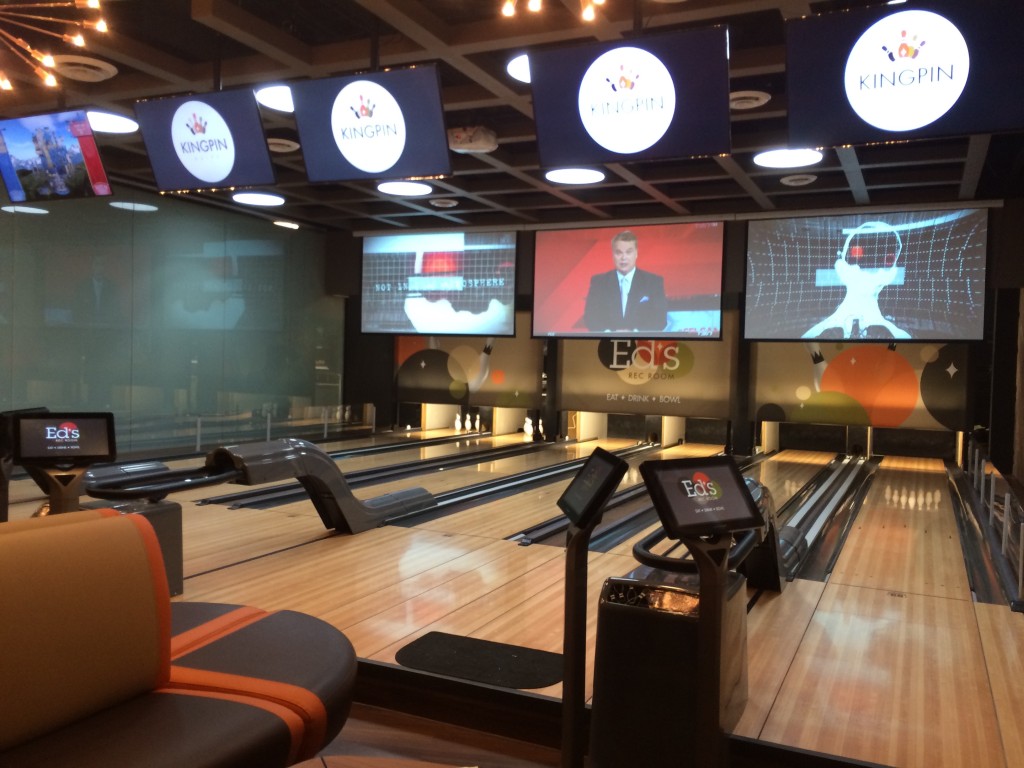 And just like that, before I knew it, my 24 hours in the West Edmonton Mall were done, but thereâ€™s still some things I need to get back and enjoy. Iâ€™ve heard that the flagship SportCheck has a ton of fun experiences for people to try. Then thereâ€™s Edâ€™s Rec Room, Dragonâ€™s Tale Blacklight Mini-Golf, the Crystal Labyrinth and the Ice Palace.