How to catch Ryan Jenkins 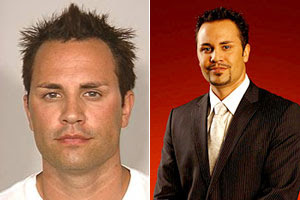 By now you’ve heard that police on both sides of the border are looking for Ryan Jenkins. He is the Calgarian that is a contestant on the reality dating show, Megan Wants A Millionaire. He is also supposed be on the upcoming reality game show, I Love Money 3.

The police are looking for him because his wife was recently found murdered and they haven’t been able to talk to him about it. Which, if watching 20 years of Law and Order has taught me anything, isn’t probably a good thing. They suspect he might be headed towards Calgary, because this is where his family lives.
Since the cops seem to be having a hard time finding him, I thought I would do my part to help the police track Ryan down.
Let’s look at the facts.:
Those are just some tips from your friendly neighborhood. The reward can be sent to me directly.