How the f%^& is Nickleback still around? 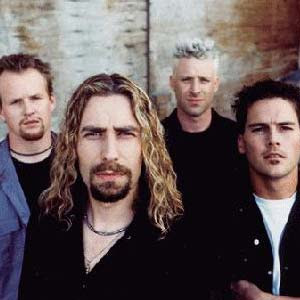 I’ve been thinking a lot about Nickelback lately.
No! Wait, don’t stop reading.

I’ve been thinking about them lately because I honestly don’t understand the fascination with the band that proudly hails from Alberta. To me, they are no different then mullets, fanny backs, Gap sweaters and scrunchies. You would think that people would know better, yet take a stroll in any Canadian mall and there they are, as if they were all the hottest fashion trends.

Nickelback is no different. Ignoring the still mysterious correlation between Chad Kroeger’s musical talent and his mullet, there is no denying that they are one of Canada’s hottest musical commodities. They’re last CD sold over 7 million copies worldwide and their newest single “Gotta Be Somebody” is the only single by a Canadian artist on Itunes Top 10 chart.

Yet ask anyone that enjoys good music and they’ll be the first to tell you that Nickelback sucks.

So why are so many people divided over whether or not Nickelback is actually a good band or not? Asking someone if they are a Nickelback fan is like asking them who they voted for. Some people will flat out tell the they are or aren’t fans, others might lie to you to save face. For me, I’ve always been fascinated that so many people love them because they a true “Canadian rock band”, even though their musicality and rock and roll lyrics rival that of Hanson and The Jonas Brothers.

I think it’s time that we all admit what we all secretly think. Nickelback is as rock and roll as Donnie Osborne. They are a band that purposely writes damn catchy pop-rock tunes that then can be sold for commercials, TV Shows and movies. Honestly, does anyone really believe that they still represent their core fan base of blue-collar hardworking Canadians?

It’s funny you know, a similar sounding band, let’s say The Moffats, would never have been able to sell out Calgary’s Saddledome, but Nickelback did it two nights in a row. I guess it’s true what they say, the Moffats really were ahead of their time.