How TD Bank celebrates Calgary pride this and every week!

This post was created in partnership with TD Canada

It’s the most wonderful time of the year because it’s Pride in Calgary! One of the reasons I love celebrating Pride in this city is because Calgary is a place where the Pride celebration is still growing and growing. It wasn’t that long ago, Pride participants were wearing masks to protect their identity. It’s not secret that Alberta has been a bit slower to embrace LGTBQ rights than other places, but in recent years, we’ve leaped ahead, making Alberta a fantastic place to live, which makes Pride a wonderful thing to celebrate.

Without a doubt, one of the community’s biggest advocates has been TD Bank. Â And not to get all cheesy, but as a gay person, having a bank be a supporter is fantastic. Â Going into a financial institution to talk about money can be stressful, so knowing that you are going to a place where you don’t have to feel weird about talking about your boyfriend, husband or partner is honestly such a relief.Â And actually, TDÂ first introduced same-sex benefits to our Canadian workforce in 1994 (11 years before same sex marriage became legal), so it’s not just the customers that feel welcome, it’s the staff.

They Created Their Own Hashtag! 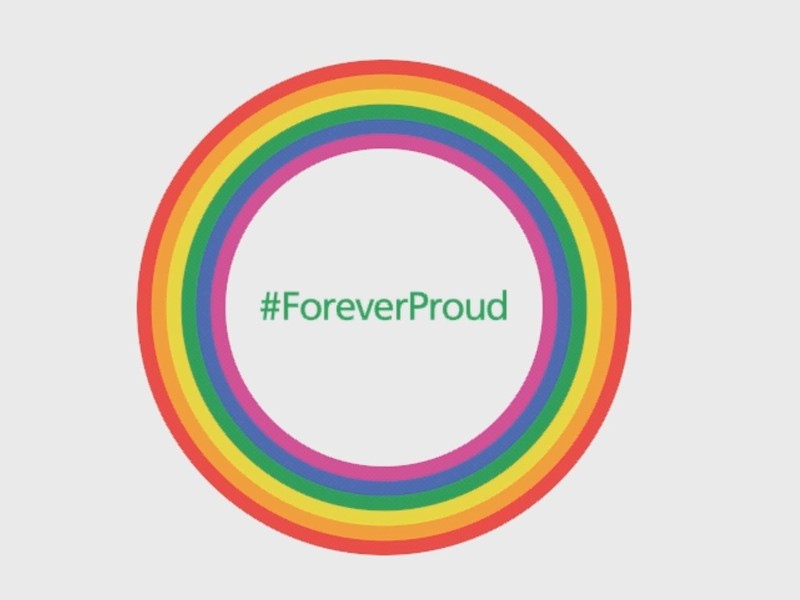 If you’re looking to add a little colour to your tweets, use the hashtagÂ â€œ#ForeverProudâ€. Â TD has created Canada’s first custom emoji of it’s own, so that a circular rainbow emoji appears in your tweet!

And that’s not TD’s only first. They were the first major corporate sponsor of Pride, and actually sponsor 50 Pride festivals around North America. NowÂ TD is involved with over 100 LGBTQ organizations and initiatives across North America through funding, partnerships and employee volunteerism.

They decked out their branches 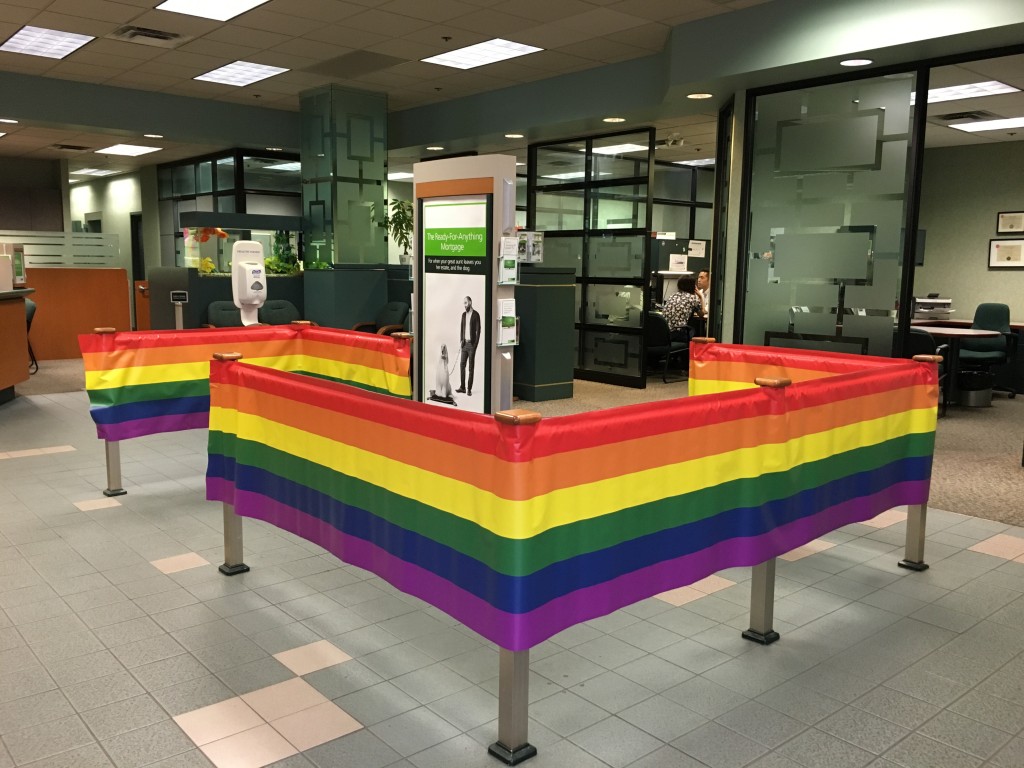 If you visit a TD Branch this week, you’ll notice that they look a little more colourful than usual. Â That’s because they brought the colours of the rainbows to the branches and they look amazing! Â If you want to see them yourself, you can visit any number of TD Branches, I spotted these in Chinatown!

They love us, they really love us. 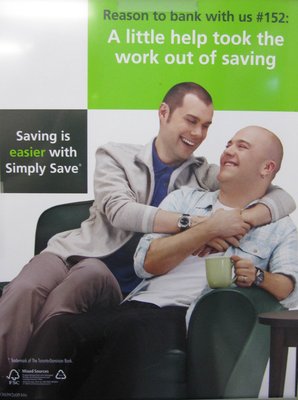 Long before it was trendy, or even really acceptable, TD was the Canadian financial institution to profile same-sex couples in mainstream advertising. Imagine being a gay kid, feeling lost and scared and seeing that one of Canada’s banks not only supports you, but welcomes you. Â That is priceless (ironically.)

They are striving to make it better for LGTBQ Youth

If you’ve followed my advocacy on LGTBQ issues at all, you know that I’m passionate about making sure that LGTBQ youth are safe and have resources available to them, no matter how big or small the school. I was incredibly happy to watch this video and know that TD bank believes the same. The video features LGBT TD Employees and their allies sharing stories on experiencing bullying in their youth. They also share a message of how it gets better, and believe me it does.