How much would you pay for Gaga? 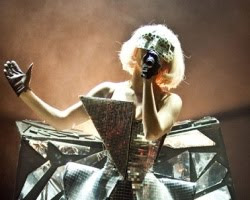 How much would you pay to hear thirteen songs?

That’s the question millions of Canadians should be asking themselves this morning, when Lady Gaga tickets go on sale today.
It was announced on Monday that the world’s newest popstar would be coming to Canada, but at an (insane) price.

Ticket prices for The Monster Ball tour start at $100.50 and top out at $190.50. No, that is not a typo. And before you start defending Gaga’s prices, I’ll remind you that she’s only released one CD. (Two if you count the re-release.)