How long can you hate someone? 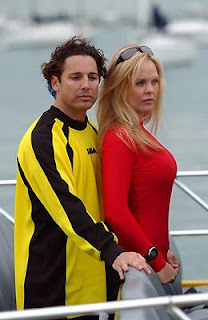 So I’m having to watch some different shows lately. I’ve caught up with the last couple episodes of Ugly Betty and do you what? It’s not that bad. Too bad this week is the season’s last episode.

I’ve also been re-watching shows. Like The Amazing Race 2 and 6. OLN is playing both seasons on different days. You have no idea how confusing it was when season 12 was also on at the same time, luckily it wrapped up on Sunday (Yeah TK and Rachel!)

Watching old seasons of The Amazing Race is fun because if you have a memory like me, you have no idea what happens and who wins each leg so it’s almost just as fun as the first time. The problem with watching the old seasons, especially season 6?

I can’t believe that I’ve actually hated two people for so long, yet there I am. It’s been 6 whole seasons since they were on, yet tonight when I was watching them all of my old feelings came back to the surface.

A part of me likes to think that people like Jonathan don’t really exist. But he is so unbelievable on the race that I don’t think any writer could even write a character like him.

So Jonathan and Victoria, while I hate that you temporarily spoiled my favorite show, it is with great pleasure that I can delete you off of my TIVO time and time again.