How I Met Your Blu-Ray 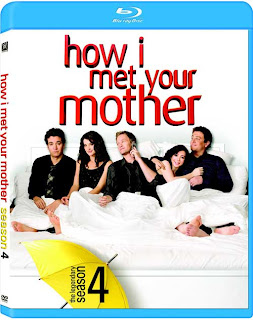 What are you doing September 29th?

I’ll be watching the fourth season of How I Met Your Mother on Blu-Ray! Correct me if I am wrong, but I think this may be the first time this hilarious show is being released on blu-ray. Plus this was the season that we finally found out where Ted met his future wife, which leaves us with figuring just how exactly they met!
So don’t bother calling me that day, it will be an all HIMYM call-screening kind of day!