How greedy can DWTS get? 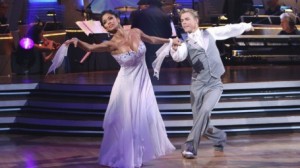 Even though most of the television season has pretty much wrapped up, some shows will still be finishing this week or next.Â  One of those shows is the always horrendous, Dancing with the Stars.

The series wraps up its tenth season tonight and I couldnâ€™t be happier. Surprisingly, my biggest problem with this show has never been the term celebrity being used so loosely, or the cheesy and useless judges.Â  Itâ€™s actually always been the season finale.Â  While every other â€œcelebrityâ€ edition of a show always has celebrities donating their winnings to their favourite charities, DWTS doesnâ€™t give a penny.Â  In fact, you know what the winning celebrity takes home as a grand prize?Â  A disco ball!Â  Thatâ€™s it.Â  Even if your parents will never admit it, all of our folks still probably have a couple of those things leftover in the basement. Seems like a silly prize in return for weeks and weeks of #1 ratings.

Like it or not, DWTS has always been a rating behemoth.Â  Which means it is also a cash cow.Â  So even though ABC is raking in the dough, our celebrities favourite charities are not seeing a single dime. Sounds pretty greedy if you ask me.

Luckily, Canada has so far avoided a â€œCanadian versisonâ€ of this train wreck, but that doesnâ€™t mean Canadians donâ€™t love the American counterpart. Which is a shame, because the grand prize of just a trophy doesnâ€™t seem very Canadian at all, does it?