How do you solve a problem like Garth Brooks tickets? 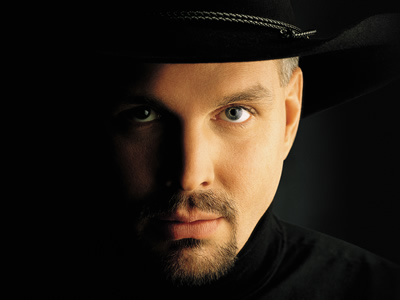 We all knew that getting our hands on those coveted Garth Brooks tickets would be difficult, that’s why, this weekend, so many people across Canada had set up numerous computers hoping to score tickets to the hottest concert of this year’s Stampede.

But many fans were left without a chance to see the show when all 15,000 tickets sold out in 58 seconds. Yes, 58 seconds. The problem? Many people believe that scalpers got more than their fair share of the tickets and are now charging insane prices for the concert that was priced at a very reasonable $62.

Within minutes of the concert selling out, tickets started popping up on sites like Craigslist, Kajiji and Stub Hub, some tickets have been priced at more than $2,500!

Admittedly, I was one of the lucky ones. I was able to get one ticket, at the back of the Stadium. I’m a big enough fan that I’m still going to go to the concert and have an amazing time, but I can certainly appreciate people’s frustrations, so much so that I started a Facebook group, hoping to convince Garth and his band to add a second show. Country superstar Johnny Reid is playing the next day, but so far the Saddledome has announced no concerts the day before the Garth Brooks show, so I was a little optimistic, until Brooks’ publicist released a statement that no second show would be added due to a previous commitment.

So far, more than 700 fans have joined my Facebook page, so I’m keeping my fingers crossed that they at doing something different, maybe even adding screens outside of the stadium, for a sorta fake outdoor concert. (Hey, I know lots of people who would go!)Â  Hours after the Facebook page went live, I was doing an interview for an Edmonton radio station, so news was certainly spreading.

Ticket scalpers have always been a problem for Garth Brooks tickets, especially because he keeps his tickets as cheap as possible. Calgary’s show was $62 and included gate admission to the Stampede, meaning that tickets were really around $45. In 2010, Garth ran into the same problem when he priced a concert for $25 and he was none too happy about so many fans having to pay inflated prices to scalpers. “They’ll say it to your face â€“ they’re doing it for the real fans. Truthfully, if you want to do it for the real fans, get the hell out of the way so I can get them a ticket for $25, rather than more than that,” Brooks told a Nashville television station.

As for Ticketmaster, they are are blaming the scalpers too and according to Metro, the ticket service has launched an investigation into seeing what went wrong.

With months to go until the Garth Brooks concert, it will be interesting to see what happens.

Do you have a Garth Brooks tickets story?