He's going to make it! Yipee? 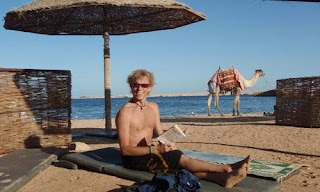 Remember a couple of months ago, Australia held an international contest for the Best Job on Earth. 35,000 people entered and the Grand Prize eventually went to Ben Southall, who got the chance to spend the last six months on a tropical island blogging, all in an effort to promote Queensland as a tourist destination.

Unfortunately, their plan may have backfired!
It has just been announced that, last Sunday, Southall was stung by a potentially deadly jellyfish days before completing his assignment! The day after he was stung, he wrote on his blog that it felt like ” “a small, bee-like sting on my forearm”, apparently the jellyfish was no bigger than a fingernail!
Southall has since made a full recovery. The lucky bastard.