Here’s your first look at The Raccoons reboot!

That headline I just wrote for this blog post gave me chills. I’ve wanted nothing more than to watch The Raccoons, and while the originals are all but impossible to find, it looks like we’ll soon have a rebooted version to stoke our fires of nostalgia!

You of course remember the original series that ran on CBC from 1982 to 1992, running for five seasons and produced more than 60 episodes. But since then, the show has pretty much disappeared. Unlike shows like Degrassi and other Canadian classics, The Raccoons sorta disappeared never to be seen again.

Here’s what we know: The reboot is being billed as “The Raccoons Holiday Special” and it’s slated for 2019 release. But does that mean its just one episodes? Is it a pilot to reboot the series all together? Or maybe there will be a special episode for every holiday?! The Raccoons Easter Special?! Where is Schaeffer? I have so many questions. 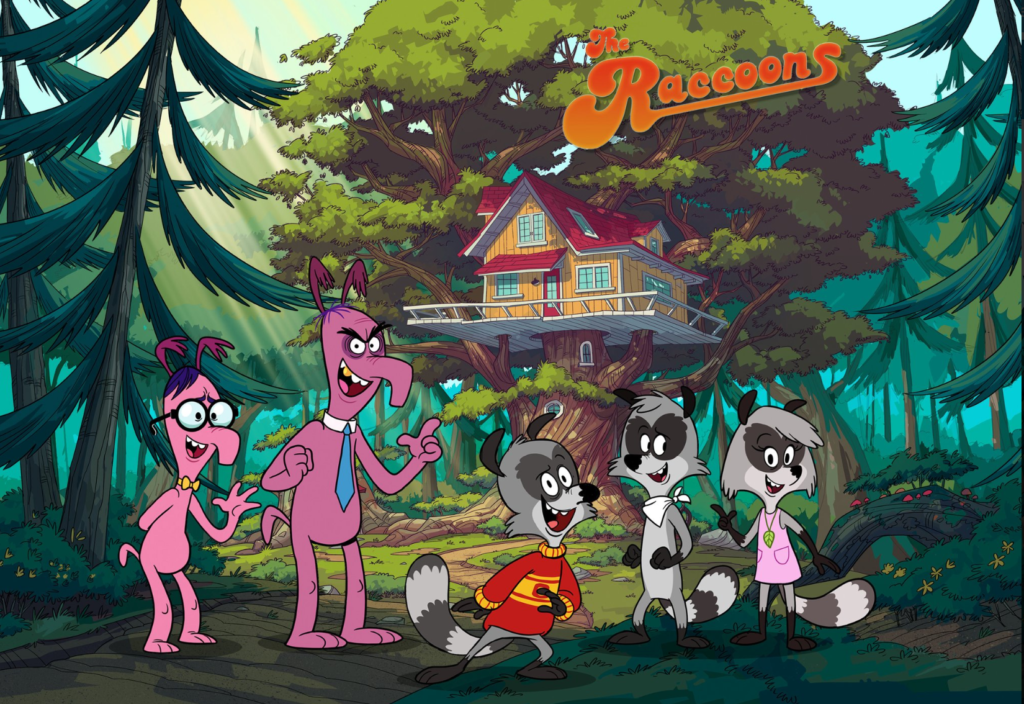 Other things we know: the series is being developed for television by Alex Galatis, Mark Edwards, Cory Morrison & Karen Swerdfeger. And it’s production partners are Jetpack Distribution and Run With Us Productions. Run with Us is OF COURSE the end theme song for the original series of the show.

Here’s the description of the reboot that’s currently up on Big Jump Entertainment’s website:

“Get ready to return to the Evergreen Forest! The 1980s worldwide hit, The Raccoons, is back and destined to attract a brand new fan base while hitting the happy nostalgia button of the original audience. And the familiar faces are back! Led by the enthusiastic, adventure-seeking Bert Raccoon, join aardvark best-friend Cedric and racoon pals Ralph and Melissa as they navigate Bertâ€™s carefree attitude, all the while staying on-top of the scheming tycoon, aardvark business man, Cyril Sneer.”

Those are all the details I can track down for now. But know this: Nothing is important than finding out every single detail about this new show. I’m already thinking we should have a viewing party for when it premieres. This is my Stanley Cup.