Hell on Wheels: A hell of a good show. 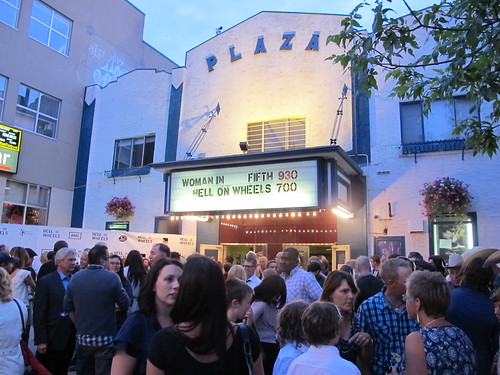 On Sunday night, I was stoked to attend the premiere party for the second season of AMC’s Hell on Wheels. Calgary might seem like a weird place to hold the event that featured the entire cast and crew, but not if you knew that this popular Western is filmed in and around this very city.

The screening of the show’s first two episodes of the season took place at the historic Plaza theatre and the stars lined the red carpet, along with many of the hands and brains that put the show together.

Truth time: I never made it all the way through much of the show’s first season, so meeting some of the show’s stars tonight was a little confusing, fully acknowledging that that is my fault. Regardless of the fact that I hadn’t seen much of last season, it didn’t really matter when it came to watching the episodes. The dark and muddy times of the second season of a post-Civil War America, as the railway makes its way through the tumultuous lives of the small towns along the way, is a gritty reminder of the dark times that took place before the world of cars and cell phones.Â  The show’s star is on a dark Anson Mount, who plays a former Confederate soldier, who’s on a dramatic journey west as he struggles to leave his past behind.

Actually, even more truth time, no one in my entire row had seen the show before, but by the end of the two episodes, Hell on Wheels had definitely picked up a hand full of new fans in the fourth row from the back.Â  For me, Hell on Wheels fits in perfectly with all of AMC’s shows, which if you can imagine, all fit really well into the timeline of the last hundred or so years, The Walking Dead excluded…hopefully.

The sets, the costumes, the graphics and stunts are all amazing, especially considering that all of that is filmed just minutes form where I live. It’s easy to forget how much work goes into putting a show together and sometimes it takes sitting in a hot theatre full of the cast and crew to appreciate that hard work that makes 42 minutes of great television.

For me, what Hell on Wheels will do is become a place holder for myself and so many others that are look for a replacement for the near perfect period drama Downton Abbey. And if you think about it, Hell on Wheels is really no different, except for the blood, swearing, religious conflict, prostitutes and murder, lots of murder. Actually, come to think of it, Hell on Wheels might exactly be the show that makes Downton Abbey raise its stakes. It’s dark, edgy and a ton of fun. Not very many shows can pull all of those off, especially in cowboy boots. 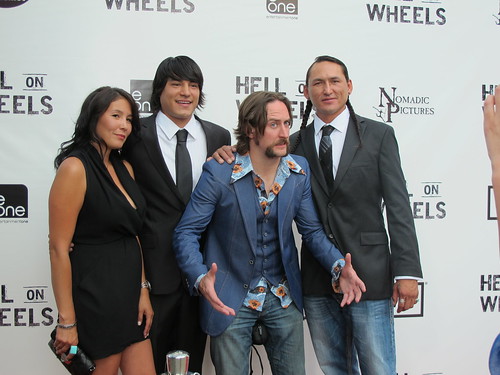 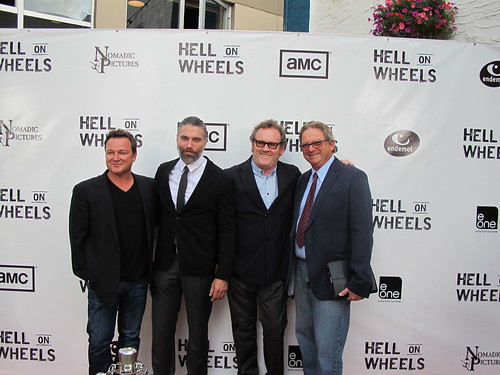 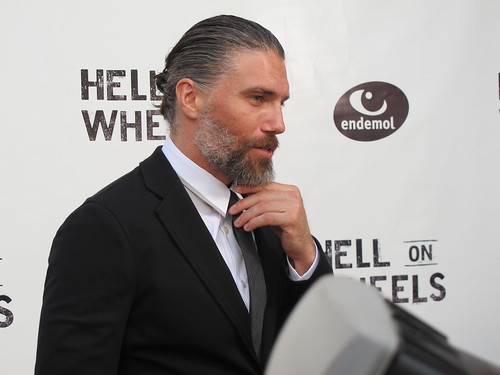 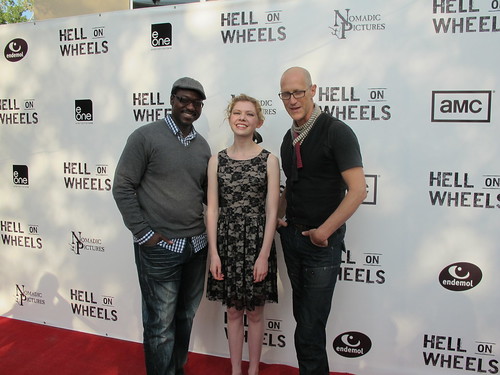