Usually I like to bring you great Canadian music. But today is a little different, today I bring you one of the worst songs I’ve ever heard. The song, is especially bad because of the band that sings it.
I’m talking about Hedley and their newest song called Cha–Ching.
First off, I know that Hedley is never going to win the Polaris Prize for their music, but what they do, they do it well. They write really solid and catchy pop/rock love songs. There is no denying that. But their new song is just too much. It’s cheap, stupid and a desperate plea to finally break into the more financially rewarding American radio market.
Have a listen to it below:
Ugh. Didn’t that just ruin your day?
How sad is it that the this very talented Canadian band has had to resort to name dropping reality shows? Especially the ones that haven’t even been on for years. Here’s a list songs, the song regrettably remind us exist: Real World, Idol, Biggest Loser, Survivor, Keeping Up With The Kardashians, A Shot at Love, Flavour of Love and Holly on The Hills.
I personally hate knowing that Hoggard and his band mates know know Kim Kardashian or Holly Montag are, let alone, take the time to write a song about them.
Also the random bashing of Idol is an ironic for a singer who got his start on the now defunct Canadian Idol. Special points go to those who recognize Jacob Hoggard’s blue leotard in the video, as the same one he wore on Idol when he sang David Bowie’s Space Oddity. 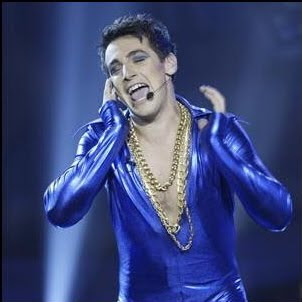 I hope this song comes and goes really quickly. I still have high hopes for their next single!
polaris